The Apple MacBook lineup is flawed and its ecosystem is confusing: Does Jony Ive's return herald a fix?

The amount of confusion around specifications, #DongleLife and more have created a messy ecosystem that’s so unlike Apple, it’s hard to believe it exists.

Buying a MacBook in 2017 shouldn’t be this hard. The amount of confusion around specifications, hardware options (to TouchBar or not to TouchBar), #DongleLife and more have created a messy ecosystem that’s so unlike Apple, it’s hard to believe it exists. I’ve been using a 2014 MacBook Pro for a few years now. It’s a serviceable laptop that’s still going strong. Its aluminium shell is still pristine, that Retina Display is still as gorgeous as ever and I’ve all the ports I could ever need. The device is showing its age now, however, and while I want a new MacBook, the upgrade path is just too complicated.

Till 2015, the choice of MacBook was easy. If you were on a budget, you bought a MacBook Air. If you wanted something more powerful, you simply bought a Pro in either the 13-inch or 15-inch variant, customised to your liking. If you felt like it, you could even manually upgrade your storage. If you were invested in the Apple ecosystem, everything would just work.

Fast forward to 2017, and the options couldn’t be more confusing. From left to right, you get a crippled laptop, 3-generations old hardware with an ancient display, an underpowered 'pro' model and an unnecessarily expensive monster

Why is Apple offering a non-retina display in 2017 and why aren’t all the displays P3-compatible? I’ve no idea. The triangles represent the volume of colour shown by a standard display (sRGB) and a wide gamut display (P3). Apple's Pro MacBooks are P3-compliant and the 12-inch MacBook is only rated for sRGB. Image: Astramael

The biggest highlight/controversy related to Apple’s new MacBooks is that they all support USB-C. Apple’s been preaching the benefits of USB-C since they introduced it to the MacBook in 2014, and I don’t think the company appreciates how complicated they’ve now made life for everyone.

The biggest confusion for everyone, something that Apple doesn’t clarify, is that USB-C only refers to the shape of the connector, not its capabilities. USB-C isn't the saviour of the human race. The 'C' only refers to the shape of the connector.

To put it simply, not all USB-C is created equal. While the USB-C standard does allow for a single cable that can do everything (connect to an external display or GPU, deliver adequate power, transmit files at blazing fast speeds, etc.), only a handful of cables and ports do that.

Apple’s cheapest laptop, the MacBook Air 13, doesn’t include USB-C. The 12-inch MacBook includes a USB-C port, but it’s only USB 3.1 Gen1-compliant, which is the same as USB 3.0 on a regular laptop like the Air or the older MacBook Pros. Given this limitation, it’s hard to fathom why Apple has restricted the MacBook to a single USB port.

The 13-inch MacBook Pro without a TouchBar offers two USB-C ports, and these fully support the Thunderbolt 3 spec. However, having only two ports is still limiting (I have eight ports on my aging MacBook Pro 13). When it comes to connectivity, less can never be more.

The 13-inch and 15-inch MacBook Pros with a TouchBar include four USB-C ports, but only two are fully Thunderbolt 3 compliant (40 Gbps), while the other two operate at half the speed (20 Gbps). For the average user, this isn’t significant. For a power user, a ‘pro’ if you will, it is.

Irritatingly, Apple doesn’t bundle a Thunderbolt 3 compliant cable with any of its MacBooks, so a complaint cable is another additional purchase. The cable it bundles is simply a charging cable supports USB 2.0 speeds (480 Mbps). The USB 2.0 standard was laid down almost 20 years ago. Today, even Wi-Fi is faster.

The biggest nuisance with this new regime is that none of your Apple cables and dongles will connect to your MacBook, and this includes your iPhone. The convenience of charging your phone from your MacBook is no more without a $19 or $29 dongle.

Which very nicely brings me to the next point, #DongleLife.

My personal and professional work requires that I take photos and videos and edit them on the go. The new MacBooks make this incredibly inconvenient without a handful of dongles.

Earlier, I could simply take pictures with my camera, transfer the images and start editing. It was also convenient to plug my iPhone into the MacBook while I worked so I could charge it, export video clips, etc.

At work, I simply plug in my keyboard, mouse and HDMI cable into the Mac and start using it as a proper desktop.

With the new MacBooks, I’ll need dongles for everything.

For my use, Apple’s store suggests the following:

In all, that’s about $165 in additional accessories for functionality that came built into MacBooks until just two years ago.

The few of you who don’t care about the extra stuff will still need at least a USB-C to USB-A adapter ($19) just for connecting pen drives and hard drives.

One can go for cheaper accessories or more expensive hubs, but that’s still an additional $50-100 for untested devices in an immature USB-C market.

Oh, and these will not be fully compatible with the 12-inch MacBook.

Also, going for a power pass-through, as with the Digital AV dongle, can restrict the power delivered to your device, further increasing charging time.

Performance: From non-existent to tolerable

If you want a quad-core processor or graphics card, you must shell out at least $2,399 for a 15-inch MacBook Pro, because for whatever reason, the 13-inch models are unworthy.

In the same price range, you'll get Windows laptops with double the RAM, double the storage, faster processors and even a GPU thrown in for good measure.

Macs do have the advantage of a better-optimised software, but that still doesn't excuse the ludicrous difference in value. For the same price as a baseline 15-inch MacBook Pro ($2,399), you'll get a 17-inch Windows laptop with an unlocked processor (read, wicked fast), 32 GB of RAM (that's 4x the RAM), over 1 TB of storage (4x the storage) and an Nvidia GeForce GTX 1080 GPU, which is one of the most powerful graphics cards you can get on a laptop today.

If you need more RAM, you can’t go beyond 16 GB. If you’re on a budget, the base model MacBook Pro offers a pitiful 128 GB of storage.

Thankfully, you do have the option of connecting an external graphics dock to the MacBook Pro 13 or later device, but the CPU is still going to be a bottleneck.

The new keyboards are a hit and miss affair. In the interest of thinness, Apple introduced a brand new key. This key allows for a keyboard with basically no travel. Personally, I don’t mind it, but I know of people who hate it with a passion. But this is still a personal issue. Some like the keyboard, others hate it.

The larger issue, and a potentially deal-breaking one is that the keyboard is prone to failure. A simple spec of dust can kill a key, and if Apple’s recommended dust-clearance method fails – hold the MacBook at a 75-degree angle and use compressed air to blow the dust out – it’ll cost you $700 or so to repair the keyboard. Why? Because the keyboard is glued to the top chassis, as is the battery. To replace the keyboard, you essentially replace the entire panel and the battery. Again, why? Because Apple thinks that hassle is worth the cost of shaving off a few mm of thickness.

I’m astonished by the repair cost to fix a #MacBook Pro keyboard £401.50 !!!fortunately this is under warranty #Apple pic.twitter.com/cNHvdx70JS

I’ve used Windows for as long as I’ve used PCs, and Windows laptops are most certainly a better value. But for reasons too complicated to get into in this article, I’d rather have a MacBook.

If Apple had simply included regular USB ports and offered sensible spec options, it would have been enough. But they didn't.

Jony Ive to the rescue 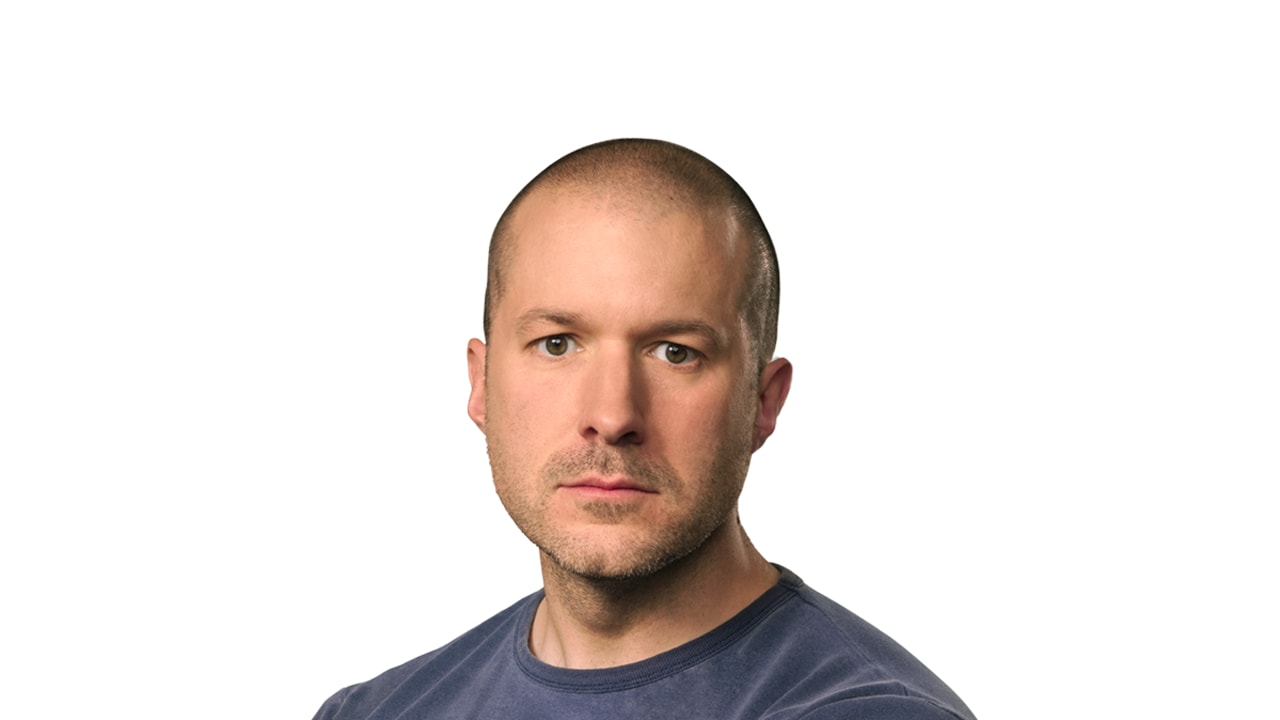 In a recent interview, Sir Jony Ive, Apple's chief designer, gave a tiny little hint that change is in the offing, offering a modicum of hope to depressed Apple MacBook users and fans alike. Ive, the man who's behind almost all of Apple's most iconic products, will finally return and take charge of Apple's design team. Ive was on a hiatus for two years, focussing his energies on completing Apple Park, Apple's sprawling new campus.

All of this is underscored by Ive's remarks on the feedback on the 2016 and 2017 MacBook Pros: "All of your feelings about the MacBook that you use, we hear. And boy do we hear."

Considering that it was under Ive's leadership that we saw Apple's last great MacBook (in 2015), it's safe to assume that there is some hope for the future.