The $349 HomePod costs Apple around $219 to make, but that 38 percent margin is still lower than Google's: Report

Despite its relatively high price, the HomePod is less profitable for Apple when compared with other smart speakers on the market.

Apple has launched the HomePod smart speaker, which is a direct rival to the Amazon Echo and the Google Home. The HomePod costs $349 and there is only one model of the speaker. Now a report has emerged that the HomePod costs Apple a total of $219 to make and sell. 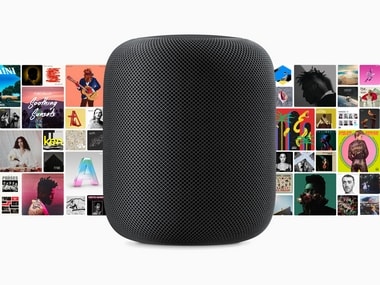 This would mean that at $349 price tag and factoring in additional costs for marketing over the $219 cost price, the HomePod is not bringing in Apple a lot of money. Apple's margins are normally huge, but they're apparently lower for the HomePod. By comparison, the iPhone X, according to a report by MacRumors, costs Apple around $357.50 and is sells for a whopping $999.

Despite its relatively high price, the HomePod is less profitable for Apple when compared with other smart speakers on the market. According to the report, the Google Home sells at a profit margin of 66 percent and the Amazon Echo for 56 percent as compared to Apple HomePod's 38 percent. A smaller focus on sound quality is one possible reason as to why both Home and Echo have a higher profit, as Apple has invested a lot to make the HomePod sound good, said the report.

As per a Bloomberg report, TechInsights claims that the HomePod components, including the tweeter microphones, woofer, and power management unit together costs around $58. Apple's A8 chip and its AI voice assistant Siri cost $25. Along with this, the animation for Siri and the lighting on the top are estimated to cost around $60. The exterior body, packaging, manufacturing and testing cost another $43.

In a recent report, it was said that Apple is making more money than ever, but it still doesn't seem to be enough to keep everyone happy. Apple's revenue forecast for the current quarter fell below analysts' already diminished expectations, fueling fears that early appetite for the iPhone X has quickly faded.