The impact of the Thai floods is becoming clearer for both large computer manufacturers such as Dell but also for consumers as online sellers ration scarce hard drives.

The full extent of the impact of the devastating floods in Thailand on the tech industry is only now becoming clear. Computer manufacturers are warning that the shortage could dent their profits, and retailers are rationing hard drives in an attempt to deal with shortages caused by the closure of flooded factories.

These plants produced about 60 percent of the 54 mn hard drives that Western Digital shipped in the quarter ending 1 July 2011. In October, Western Digital had to completely suspend its operations in Thailand when flood defences at both plants were breached.Not only have Western Digital's plants been shut, but theysource many components locally so disruptions at other manufacturers have had a knock on effect not only for Western Digital but other driver makers as well.

Seagate has been hit by supply chain problems, and Hitachi is suffering limited access to is factories. Toshiba, which also has a factory at Navanakorn Industrial Estate, has also been affected by flooding 2 meters high on site and 1 meter deep inside the buildings. 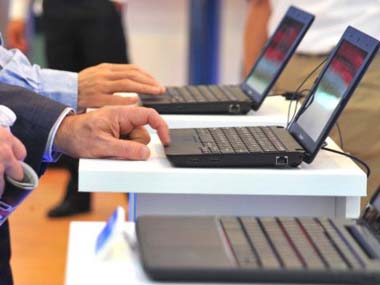 In reporting its third quarter results, US computer giant Dell warned that hard drive shortages could dent its profits. Dell is well known for its just-in-time manufacturing system so only keeps a small supply of components on hand to reduce warehousing costs.

Dell has been forced towarn the marketthat its full-year sales will probably be below expectations due to the hard disk drive shortage and weak economy. In its quarterly earnings report statement, Dell said:

"Given the uncertain macroeconomic environment and complexity in working through the industry-wide hard drive issue, the company is trending to the lower end of the range of its revenue outlook of 1% to 5% full fiscal-year growth."

However, while issuing the warning about the drive shortage, Dell says that it is only now beginning to full extent of the drive crunch.

"We have improving visibility into our supply situation day by day. As the supply gets back online...we'll have to make appropriate logistical choices. The hard-drive situation remains complex, fluid and under constraint potentially until (the first quarter)."

Retailers are also feeling the pinch. Consumer tech sales sites such as Scan in the UK have been forced to "restrict the sale of hard disk drives to 2 per order".

Apple-focused US e-tailerOther World Computing said on its blog:

Even once the waters recede, drive industry experts are saying it could take a year for these component manufacturers to replace their machinery, and many may have to relocate as well. Some companies, like Nidec, aren't waiting for the waters to recede and have sent divers in to unbolt and retrieve equipment. Others, like suspension arm maker Hutchinson Technology, still has $50 million worth of specialty manufacturing equipment bolted to their now-submerged factory floor.

While many analysts have stated that production should be back to normal by the end of Summer 2012, others are now projecting shortages until the end of 2012 at the very least, primarily because many of the components are surprisingly single source supplied.

Nidec supply nearly all the driver motors to manufacturers like Hitachi, Seagate, Toshiba and Western Digital. About 90 percent of Nidec's own manufacturing capacity is now either inaccessible or under water, but although alternate plants are being brought online and production boosted at unaffected plants there's a huge shortfall to make up.

Hard disk drive prices have already been driven up and businesses like Google and Facebook, who build their own servers for their data centres, have now turned to HP to source servers, according to HP CEO Meg Whitman:

"Right now, they're not building their own servers because they can't get the disk drives. So they're calling us...Yes, the Googles, the Facebooks are doing some of that, but I will tell you, they're all calling us right now because they don't have the ability to get the drives."

Whitman went on to explain that HP began making "strategic buys" in early October, using their long-term relationships with suppliers to secure more drives. Yet, despite this, Whitman predicts that shortages will continue into Q1 and Q2 of next year. The situation, she says, will be "pretty tough for the industry."

The bottom line is that the floods in Thailand will continue to affect drive availability not only for the Googles and Facebooks of the world but also for ordinary consumers. Things won't start improving until next year so if you were planning on buying a hard drive, it might be wise to wait if you don't need it right now. As the shortage filters through the market, however, it may become difficult to find the drive you want, and you definitely won't find the price you want as some e-tailers are raising prices rather than rationing their stock.

HDD Industry Will Return To Growth After A Difficult 2011: IDC