The Tesla Powerpacks have now been fully installed at a wind farm run by France’s Neoen, and testing is set to begin to provide grid security services.

Tesla Inc has completed construction of the world’s largest lithium-ion battery in Australia, putting it on track to meet a 100-day deadline for switching the battery packs on, the South Australian government said on 23 November. 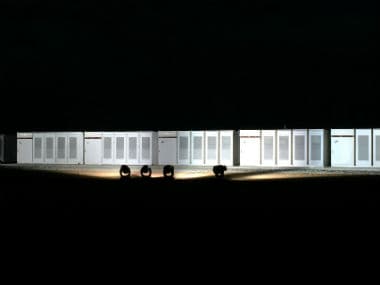 Tesla won a bid in July to build the 129-megawatt-hour battery for South Australia, the country’s most wind power-dependent state, with a vow from Chief Executive Elon Musk to install it within 100 days of signing a grid connection agreement or give it to the state for free.

When the grid connection deal was signed on 29 September, Tesla was already halfway through installing the battery packs.

The Tesla Powerpacks have now been fully installed at a wind farm run by France’s Neoen, and testing is set to begin to provide grid security services in South Australia.

“While others are just talking, we are delivering our energy plan, making South Australia more self-sufficient, and providing back up power and more affordable energy for South Australians this summer,” state Premier Jay Weatherill said in a statement.

The state has yet to say how much it would pay for the battery, which is part of an A$510 million ($390 million) plan that includes diesel-fired generators to help keep the lights on following a string of blackouts over the past 18 months.

Australia’s energy market operator has warned that power supply will be tight this summer, particularly in South Australia and neighbouring Victoria, where one of the market’s biggest coal-fired power plants was shut in March.