The ginormous battery can provide upto 100 MW of power and to subsidise this, Australian taxpayers have to shell out $50 million.

After getting to witness the unveiling of the fully electric Tesla semi-truck and Tesla Roadster, Elon Musk loyalists have got yet another reason to cheer about.

On 23 November, Musk announced that Tesla has completed the construction of the world's largest lithium-ion battery and the testings should begin in the coming days, ahead of its expected deadline of 1 December. 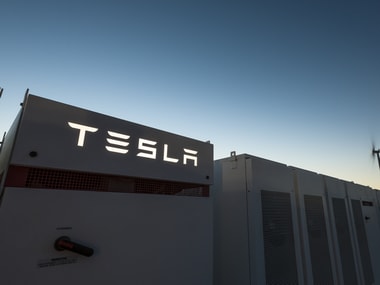 The largest Li-ion battery in the world by Tesla. Image: Tesla

The battery has been built in South Australia's Mid North region and is installed alongside French company Neoen's Hornsdale windfarm according to a report by Mashable. The ginormous battery can provide up to 100 MW of power and to subsidise this, Australian taxpayers have to shell out $50 million an ABC News report claimed.

Congratulations to the Tesla crew and South Australian authorities who worked so hard to get this manufactured and installed in record time! https://t.co/M2zKXlIVn3

A huge blackout in September of last year had left much of theSouth Australian homes devoid of power. However, Tesla's battery is tipped to supply enough electricity to power up over 30,000 homes in the region, which is roughly the number of homes that were affected by the blackout according to the report. The entire project came across after some Twitter banter by Australian billionaire Mike Cannon-Brookes who asked that if he could supply the funding, would Musk be willing to complete the battery in 100 days? Musk replied that if the battery wasn't done in 100 days he would pay the entire bill, which would amount to $50 million. Elon musk kept good on his promise by delivering before the deadline, but to be honest, according to the Mashable report Musk was already half-way done before taking up the 100-day challenge (Well played Elon!).

In a media report Premier Jay Weatherill said, "While others are just talking, we are delivering our energy plan, making South Australia more self-sufficient, and providing back up power and more affordable energy for South Australians this summer. The world's largest lithium-ion battery will be an important part of our energy mix, and it sends the clearest message that South Australia will be leading renewable energy with battery storage."

While the battery completion marks out as a success for Tesla and Elon Musk, there are still looming problems surrounding the production of the Model 3 sedan which is widely believed to secure the company's future.