Crossing the $ 500 billion mark now places the 19-year-old company Tencent in the same league as that of Microsoft, Facebook, Alphabet, Apple, and Amazon.

Powered by a 69 percent jump in the quarterly net profit of CNY 18 billion or $2.72 billion has helped push the market capital of Tencent to about CNY 3.38 trillion at the time of writing. 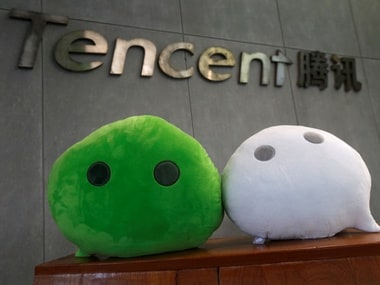 This amount of market capital has also helped the company become the first technology firm from China to be valued over $500 billion mark. In perspective, the second company in the list is Tencent’s rival Alibaba with a market capital of about $474 billion.

Crossing the $500 billion mark now places the 19-year-old company Tencent in the same league as that of Microsoft, Facebook, Alphabet, Apple and Amazon. As pointed by TechCrunch in their report, this makes the 2004 IPO of the company stand at about $1 million. The report also points out that the market capital of the company has tripled after it reached the $150 billion mark in March 2014 to cross Intel.

Two primary reasons for the growth of Tencent can be attributed to its messaging app WeChat and its gaming ventures. WeChat is the top ‘social service’ in China while the company is growing in other ventures like gaming on mobiles and desktops. Money earned from its Honour of Kings, Clash of Clans and League of Legends games is a constant source of revenue for the company.

With so much market capital, the company is not shying away from investing in other companies or outright buying them as mentioned in the report. Tencent has bought stakes in companies like Snap and Tesla. It has also invested in other companies like Sogou, for search and China Literature of ‘e-publishing’ among other investments in the realm of flying cars, lunar drones and mining on astroids indicating that the company is not afraid to take the risks involved with these investments.