After plenty of leaks and rumours, Chinese certification authority TENAA has revealed a new Xiaomi smartphone, which is said to be the upcoming Redmi Note 5.

After plenty of leaks and rumours, Chinese certification authority TENAA has revealed a new Xiaomi smartphone, which is said to be the upcoming Redmi Note 5. While Xiaomi is busy selling the Note 4 to customers in India, it seems like a brand new variant is on the way, and it packs in plenty more. 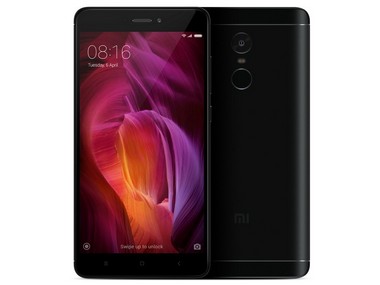 According to the TENAA listings, two new devices have shown up on the website, with the model numbers MET7 and MEE7. The specification sheets are identical, so these are simply two variants of the same smartphone. While the listings do not explicitly mention the model name, the Redmi 5A and Redmi 5A Prime have already been announced, so all hints do point at the much-awaited Note 5 indeed.

What the images do reveal is Xiaomi's first attempt with a 18:9 full-screen display for its Redmi range. The smartphone maker has worked with bezel-less or edge-to-edge displays in the past, but these were to do with its premium Mi Mix range of smartphones. Bringing a taller and bigger display to the budget smartphone range like the Redmi Note series, seems like a smart move.

Indeed Xiaomi does not seem to be going for a bezel-less look, but just wants to fit a taller display into a smaller footprint. While the glass screen along with the taller display take over the front, the back reveals the same Redmi Note 4 formula with plastic caps at the top and bottom ends and a metal back. On the rear sits a camera around the the top half with a dual LED flash and a fingerprint reader below it.

Heading into the specifications, that 18:9 LCD display measures 5.99-inches across, sporting a FHD+ resolution (2,160 x 1,080 pixels).  The certification authority reveals that the device features a 2 GHz octa-core chipset, so at the moment it isn't clear if it is a Qualcomm-made, Snapdragon 630 or MediaTek P25 chipset. Eitherways the chipset will be paired with 3 GB or 4 GB RAM options.

What we do know is that it will feature a 12 MP primary camera and 5 MP selfie camera. It will also pack in LTE radios on a dual SIM setup using hybrid slots to accommodate a microSD card as well. The handset will run Xiaomi's MIUI V9 with Android 7.1.2 Nougat inside and will be available in black, gold, Rose Gold, white, blue, red, pink, grey and silver.