Technology has adversely impacted the life of the elderly: Study

The 23 city report by HelpAge India states, 65 per cent elderly found their families paying a lot of attention to phones and computers disrespectful.

The advent of technology has adversely impacted the lives of the elderly in the country, contributing to abuse and their feelings of isolation, says a new report released on 14 June. 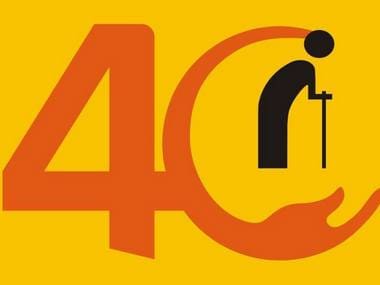 According to the 23 city report by HelpAge India released today, 65 per cent elderly found their families paying a lot of attention to phones and computers disrespectful.

"While technology in itself is good and progressive, it also has adverse impacts in the lives of our elderly. It is extremely hurtful for the elderly, as they are unable to cope with this fact paced technology and feel isolated," Mathew Cherian, CEO, HelpAge India, said.

The survey revealed while 73 per cent elders felt their adult children were too busy on the phones even when at home with them, over 60 percent of them agreed quality time spent with their children and grandchildren has decreased with the increase in usage of phones and computers.

Social media, in particular, 78 percent of the respondents said, had decreased the family time spent together.

The charitable organisation is running a nation-wide campaign #Disconnect2Connect, urging young adults to disconnect from their mobiles and computer devices, and look up and acknowledge the presence of the elderly in their homes.

The study, aiming at understanding the extent, depth, form, frequency and reasons behind such abuse, also revealed that Delhi was among the top five Indian cities reporting high percentages of elderly abuse with 33 percent of the population being treated poorly.

Other cities with maximum amount of abuse include Mangalore (47 percent), followed by Ahmedabad (46 percent), Bhopal (39 percent) and Amritsar (35 percent).

And, often the main perpetrators of the abuse were either sons (52 percent) or daughters-in-law (34 percent).

"Unfortunately, elder abuse starts at home and from whom they trust the most."

"This year the son has turned out to be the foremost perpetrator, followed by the daughter-in-law who normally is perceived as the primary abuser as per past surveys," Cherian said.

The charitable organization also runs a toll-free helpline for elders to be able to reach out for help in case of instances of abuse.

According to the elders participating in the survey, sensitisation of children and strengthening inter-generational bonding is the way forward to bridge the technological gap.

"Thirty-eight per cent elders feel the most effective way to deal with elder abuse is to sensitize children. To tackle this increasing generation gap between the young and the old, it is important to bridge this technology gap and empower our elders," Rohit Prasad, Chief Operating Officer, HelpAge India, said.

Joining hands in the fight against elder abuse, the organisation, along with 300 senior citizens from across the national capital, will hold a candlelight march on 15 June at Parliament Street in New Delhi.

Vice Chief of Army Staff proceeds on a visit to Malaysia