Gaming with PUBG's best, engaging with social media's biggest stars, and selfies with Victor the gorilla, Innovate had it all

We couldn’t have asked for a better kick-off to day one of Innovate, an event that we hope will be India’s premier tech/culture youth fest. The superb response from the student community ensured that sessions were packed from the get go. Here’s the roundup of what went down:

Corning's John Bayne and Scott Forrester: Why we must be willing to fail

Kicking off Innovate, and the sessions, were Corning’s John Bayne and CNBC-TV18’s Shereen Bhan. Fittingly, Bayne opened the keynote with a talk on how a willingness to fail is a prerequisite for innovation and success. The keynote sessions were packed from the get go. Image credit: Anirudh Regidi/Tech2

Reflecting on Corning’s past, Bayne described the company’s journey. He spoke about how Corning has been making glass since the time Edison invented the lightbulb, about the company’s struggles when attempting to sell toughened glass to automakers, and even of the time he lost the company tens of millions of dollars on a failed bet. Underlying all of this was one message: Be prepared to fail, but more importantly, be prepared to learn from your failings. Failures didn't hold Bayne or Corning back, and now Gorilla Glass can be found in the hands of billions.

“This event is designed to inform, entertain and inspire you. The digital era is defined by inspiration by people just like you.”- John Bayne, SVP & GM, #CorningGorillaGlass at #Tech2Innovate in #NewDelhi pic.twitter.com/iTJXEupgCo

Later in the day, we saw some fun demos of Corning Gorilla Glass in action. Scott Forester — Corning’s go-to glass guy, Xiaomi’s Anuj Sharma and Bhan first tried their hands at puncturing a sheet of Gorilla Glass with a pencil. And when we say “tried”, we mean they leaned on the pencil so hard that the tip broke. The glass was unscathed. Sharma and Bhan also got a chance to try Corning's Slappers!

Ever wanted to slap your phone real hard just to see if the glass shatters? Well, @corninggorilla did, and then they got all scientific about it. Introducing: Corning’s Slappers! @T2Innovate pic.twitter.com/ZToKtn39RG

Forester’s session was of particular interest to science nerds. Did you know, for example, that glass, in compression, is stronger than steel?

You can catch all of this and more right here. 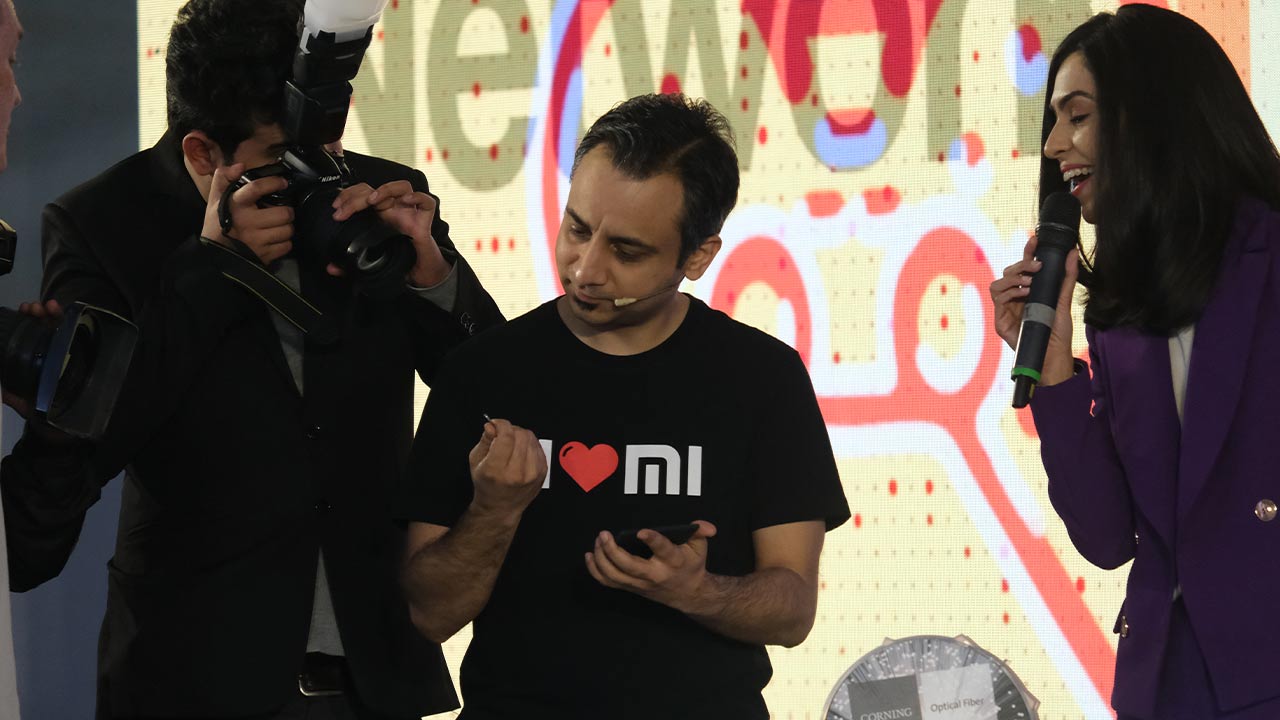 By far the most interesting and engaging session at Innovate had to be the PUBG session with streamers Rawknee and Dynamo_Gaming. Combined, they play host to well over seven million gamers and can boast of over 600 million views. A rapt audience attempts to take down Dynamo in a special round of PUBG Mobile. Image: Anirudh Regidi/Tech2

The session, moderated by our very own Shashwat Singh and Ragini Varma, the dynamic duo handling 1Up gaming, featured a heart-to-heart with the streamers themselves, and, more importantly, an extended session where members of the audience got to join in on a match of PUBG Mobile in an attempt to take down Dynamo and his ragtag team comprising members from the audience — winners of a previous challenge. Dynamo survived the first session unscathed but then ate one bullet too many from a member of the audience, a feat that earned him a well-deserved prize from Fitbit's Alok Shankar.

Wrapping up the main keynote sessions were Shankar and journalist Nikhil Chawla in a QnA moderated by CNBC-TV18's Megha Vishwanath. 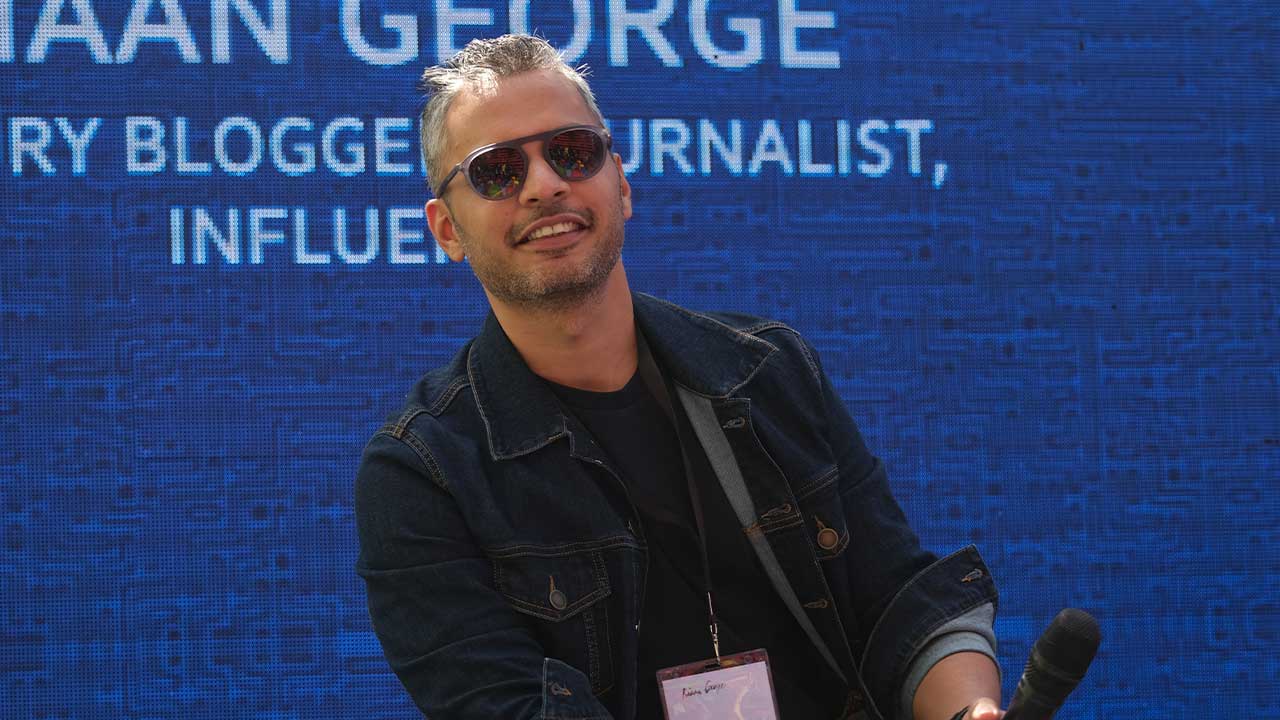 When you need a trustworthy guide to what’s worth shelling out a lot of money on, it’s likely a luxury blogger you want advice from. As an ex-journalist, George discussed how blogging helped him connect with his audience at a more personal level, something he feels helped make his work more approachable and accessible. George also shared some rules and regulations on social media blogging on clothes, watches, luxury cars, travel among other things, with a refreshing honesty that invited many questions from the audience.

Chef Shantanu: You are what you eat

Are you (really) what you eat? Chef Shantanu took the audience through a trip through humankind’s evolution to share his perspective on what our diets ought to be, based on our biology. We aren’t hunters anymore – not since homo erectus walked the Earth. Our canines aren’t built to rip through flesh, and there’s a lot of scientific evidence to show that a vegetarian diet is less likely to lead someone down the diabetes-obesity-heart disease track. Certain premium tech brands are not as inclusive as Xiaomi, and Sumit Sonal, Xiaomi’s head of marketing went all out to prove it. The brand is well on its way to being the most loved brand of the country and it was pretty evident in the audience’s response to all the questions asked. Sonal also spoke about some new products that the brand is working on and will be released shortly, including speakers, water purifiers, and more.

They discussed the perils and pitfalls of creating and managing an Instagram brand of your own, gave sage advice on dealing with sponsors, and left the audience in splits with mimicry and reenactments of South Delhi Girls and South Delhi Aunties.

Also hosting sessions of their own were TikToker Sameeksha Sud, writer Sumit Basu, and actor Varun Pruthi. The latter's session was very interactive with several attendees getting a chance to share the stage with Pruthi. He also set the record for the longest selfie session of Innovate, a record that will likely remain unchallenged even on day two.

Sud spoke about TikTok's importance and why the rapidly growing platform cannot be taken lightly, by brands as well as users. She also gave users advice on starting out.

Basu, of course, discussed the art of writing fiction. A group of some 15–20 young artists showcased their shayari, poetry and storytelling skills in an open mic hosted by Nojoto, an app that allows aspiring artists to share their skills with a community of like-minded artists. Some of the best artists on Nojoto brought their words to life on stage, many of them performing their verses for the first time. Ending the evening with powerful Valentine’s Day-themed prose and poetry. The artists were very supportive of each other throughout their two-hour session, cheering each other on and celebrating each other’s journey. It was the first time for some of them, after all.

While the PUBG session certainly stole the show, the POCO and Sony booths drew enough of a crowd to keep seats warm throughout the day. Folk from Amity university and various students also showed off their various creations, including a custom-built car, robots, and of course, 3D printers.

Wrapping up day one of Tech2 Innovate were evening performances by Jasleen Aulakh, Karsh Kale and Indian Ocean. 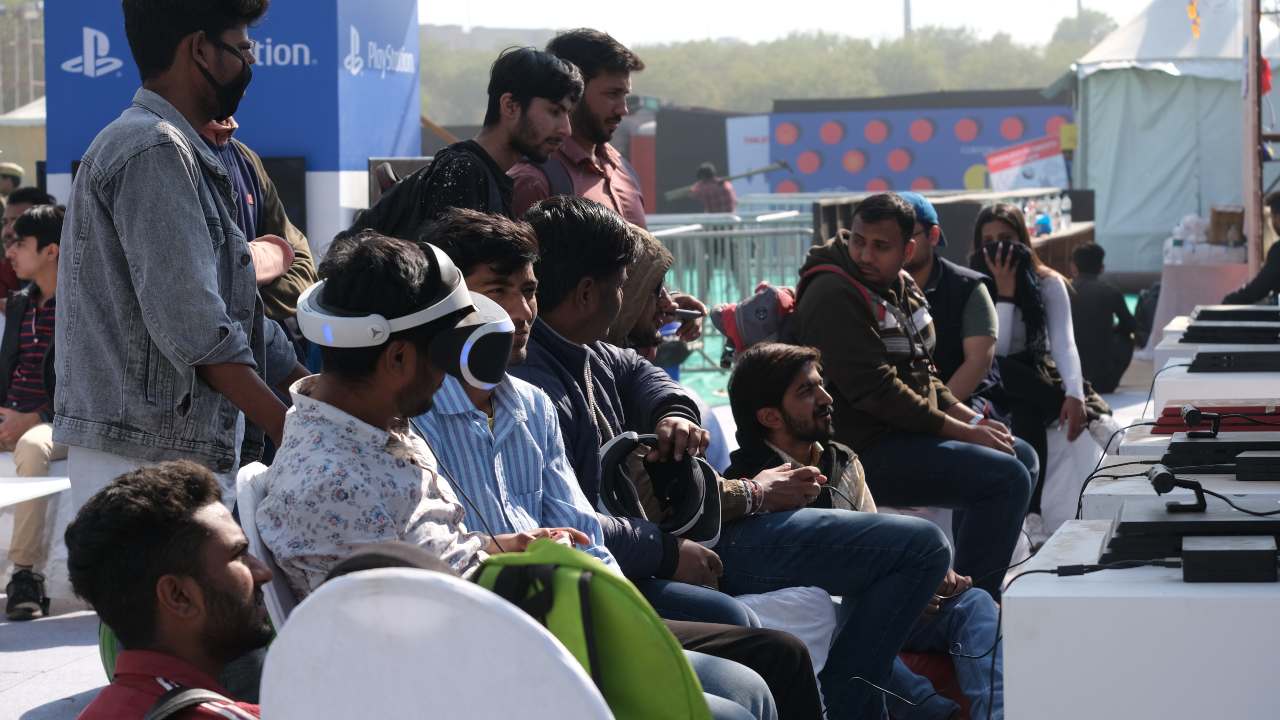 Varun Sharma on working with Riteish Deshmukh in Case Toh Banta Hai: 'I am a huge admirer of his work'