Tech2.Games S01E18: BlizzCon barrage, Conor McGregor gets richer and nothing says ‘Payback’ like a game you can try for free

There are several games on sale in what Sony appears to be dubbing “Double Discounts”, where discounts is effectively doubled for PS Plus subscribers.

There’s no escaping BlizzCon 2017 this week, it would seem. What will follow is a barrage of videos featuring content announcements for all of Blizzard Entertainment’s multi-million (and in certain instances, billion) dollar franchises. 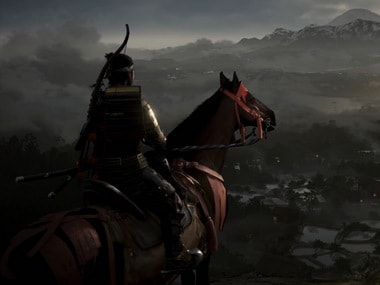 Screenshot of Ghost of Tsushima

First up is World of Warcraft. Believe it or not, the 2004 game is getting yet another expansion pack a whole fourteen years since the game’s release. In “Battle for Azeroth”, it appears that tensions between the Alliance and Horde have erupted, with the kingdom on the verge of all-out war.

With an increased level cap, new areas to explore, Island Expeditions and “Warfronts”, Battle for Azeroth promises some familiar and some new additions to the WoW.

Not to be left out of the massive recycling market while accruing brownie points from the community, Blizzard crumbles under fan pressure with the promise of World of Warcraft Classic. Longtime players will be pleased with the announcement of a classic server option coming to World of Warcraft.

But wait, we’re just getting started. StarCraft II is going free-to-play. The first campaign, Wings of Liberty is now entirely free. While it doesn’t redefine the RTS campaign, it did make the genre feel personal again when it came out in 2010. Co-op is included, as well as casual and competitive player-versus-player modes (all commanders are available to play until Level 5).

We haven’t even started talking about Overwatch yet. Let’s start with this amazing animated short, this time featuring shield guy and slightly arrogant youth, Reinhardt.

Overwatch has been in need of more support heroes for a while. Enter Moira, whose support abilities are supplemented by damage dealing ones and stealth.

There’s more on her background in this origin story short. We see that human experimentation is her thing.

Finally, we have Heroes of the Storm, a game which looks like it’s being hard-carried by the addition of Overwatch heroes to its roster. New additions include Overwatch archer Hanzo (because you can never have enough Hanzo mains in just one game) and Alexstrasza, queen of dragons (not “mother”, but “queen”, for legal reasons).

EA is making UFC 3, and it comes out in February

The reception to Electronic Arts’ previous UFC games had been mixed to say the least. Having said that, the authenticity of the game franchise was undeniable. Now, there’s literally no reason to not capitalize on UFC (and boxing?) superstar Conor McGregor’s rising stock.

Hey EA, while you’re at it, can we have Fight Night back, please? Thanks.

Need for Speed Payback is out on Origin and EA Access

If you’ve got an Xbox One or capable PC, you’ll be able to take Need for Speed Payback for a short ride of 10-hours. There’s a strong emphasis on the story element here, which is your typical fare of underground races, cops and robbers, corruption and whatnot.

The game looks undeniably good visually, thanks to DICE’s Frostbite engine, and even if you’re not planning to drop full price on it, if you’re an access member (you can subscriber for a free trial at any point) it might be worth checking out.

Taking a Katana to invading Mongol hordes on a freely explorable Tsushima island sounds like a blast, wouldn’t you agree?

If you were so inclined to purchase The Elder Scrolls V: Skyrim for the fifth time, the Special Edition is the deal of the week on the PlayStation Store. You can get it now for Rs 1,999 (that’s down from Rs 3,999) for your PS4 right here. Staying with PlayStation, there are several games on sale in what Sony appears to be dubbing “Double Discounts”, where the standard rate of discounts is effectively doubled for PS Plus subscribers. There are too many games of note to mention individually, so head over to this sale page and see what’s available for yourself.

On Xbox, The Elder Scrolls Online: Morrowind is 50 percent off—available at Rs 2,000, while TESO: Tamriel Unlimited can be had for Rs 670 (50 percent off as well). These are good deals if you want to play a new TES game instead of starting yet another game of Skyrim without having finished it a single time previously. TESO lets you play with friends as well—always a bonus.

A massive sale on Daedalic Entertainment’s catalogue is up for PC gamers on Steam. If you’re into offbeat adventure or strategy games, you’re likely to find more than a couple to be interesting. Here are a couple of recommendations: Shadow Tactics: Blades of the Shogun, and Ken Follett’s The Pillars of the Earth (both 33 percent off).