In a bid to expand its operations in North America, IT major Tech Mahindra on Thursday announced that it has hired more than 100 local, full-time employees at its Alpharetta office in Atlanta. 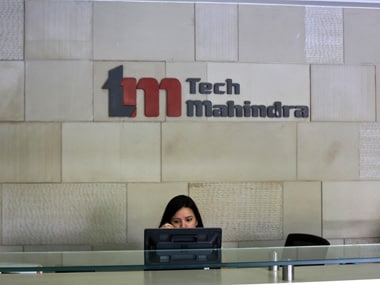 The hiring initiative is in response to a new contract for a major US company, Tech Mahindra said in a statement.

The addition of new employees has increased the total headcount of the company's Alpharetta office to over 600 employees, making it one of its largest offices in North America.

"Getting access to the right kind of talents is key to the success of this strategy and we are thrilled that we could source so much qualified local talent from the Atlanta area," said Arvind Malhotra, Global Head, Strategic Accounts, Tech Mahindra, in a statement.

Currently, the company is present in 19 states in the US with locations across 25 cities and has employed over 2,000 US citizens, actively recruiting from leading universities across North America.

"Tech Mahindra is part of the reason Alpharetta has become known as the 'Technology City of the South'," noted David Belle-Isle, Mayor of Alpharetta.

Tech Mahindra is also looking at deepening its relationship with the thriving start-up ecosystem in Atlanta and the surrounding area.

Not just Tech Mahindra but several top Indian IT firms like Infosys and Wipro have ramped up hiring local talent in the US.

Infosys said last month it is opening a new technology and innovation hub at Raleigh in US' North Carolina state to hire 2,000 Americans in the next four years.

The hiring in North Carolina is part of the company's 2 May announcement to recruit 10,000 Americans by setting up four such hubs across the US by 2021 to focus on new technologies, including artificial intelligence (AI), machine learning, user experience, emerging digital technologies, cloud and big data.

The hiring of Americans is seen as a fallout of US President Donald Trump's executive order on H1-B visas in April, as clients in North America contribute about 60 percent of the $10.3-billion company's software export revenue annually.