Tech hub: What Ireland did right to land Twitter

Ireland has become a major tech hub for Europe, attracting the likes of Dell, IBM and now Twitter, but can their model be generalised elsewhere?

London - Twitter is launching its international headquarters in Ireland, home to a number of other tech and social media companies.

Befitting such an announcement, the Irish Industrial Development Authority tweeted:

Dublin will be Twitter's third office outside of the US; the other offices are in London and Tokyo. It had been reported as early as last year that Twitter would be locating their European headquarters in London. Twitter has been sharing office space with UK-based social media app Tweetdeck, which is acquired in May 2011 for a price cited between $40m and $50m. When Twitter began hiring staff in London, speculation increased it would be the location for company's European HQ, but it's now clear the London offices will only be sales offices. 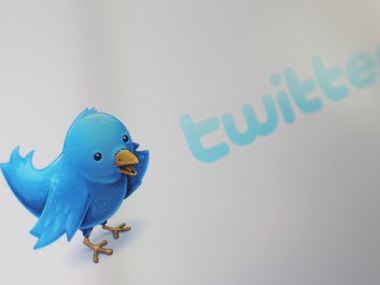 The reasons to choose Dublin over London are many. Dublin property prices are undoubtedly more palatable than London, especially as real estate prices soar ahead of the Olympics to be held in the British capital next year.

Ireland's tax regime makes it even more attractive. In addition to Ireland's Europe-beating 12.5% corporation tax, the country also allows companies with operations there to shift profits to tax havens such as Bermuda. As Lisa O'Carroll of The Guardian explains:

"This is a tax law which allow the likes of Google to legally shuttle profit into and out of subsidiaries in Ireland and on to tax havens. Google, which funnels all its European revenues through Dublin, pays 2.4% tax on operations outside the US."

Twitter's choice of Dublin over London will add to anger in the UK over US tech giants siting offices in Ireland. In 2009, the Liberal Democrats, now the junior members of the British coalition government, called for tougher action on companies like Google after it was revealed that the search giant funnelled 90% of its revenue through Ireland for tax purposes. With austerity plans beginning to really bite in the UK, Google, Twitter and others will face even more anger over their tax avoidance.

Twitter joins a number of other social media companies that have based their international operations in Dublin including social gaming company Zynga and the ubiquitous Facebook.

Europe has several other tech hubs, notably London and Berlin. In the UK, the British government is keen to see London develop as a genuine rival to Silicon Valley. Last November, Prime Minister David Cameron set out his vision for 'Tech City', focused on the Old Street area of London, which is already affectionately called the 'Silicon Roundabout' by local geeks.

According to Eric Van Der Kleij, who was appointed to the Tech City Investment Organisation by the government, the number of start-ups in the area has blossomed, growing from 200 to 500. But it will take more than start-ups to make Tech City a success. Better internet connectivity will help as will the commitment from giants like Google and Cisco to invest in the area.

But many existing tech hubs, such as both the American and British Cambridges or Silicon Valley, benefit from having universities producing a constant stream of talented and ambitious graduates. Tech City has no such university, so it needs to attract talent with business, entrepreneurship and job opportunities.

Nurturing talent is exactly what another growing tech hub, Copenhagen, is doing. A new co-working space, Founders House, hopes to attract young web and mobile start-ups. Co-founded by entrepreneur Tine Thygesen, Founders House is invitation only, but applicants don't need to have existing funding. By bringing together tech talent in one spot, it's hoped that the teams can share resources and skills.

India already has the world-beating high-tech workforce from the IITs. So should India be looking at attractive tax breaks to expand their tech hubs? Or should India nurture young entrepreneurs and start-ups by providing co-working space and access to expertise and resources?

The honest answer has to be "Both". The tax breaks bring in established companies who are looking for a financially efficient base. They help create a stable tech-based local economy as well as career prospects. But all tech giants have to start somewhere, and that is with young entrepreneurs and start-ups.

How do you think India can best develop its tech hubs? Where are the best places to go for entrepreneurs and start-ups? And can India shake its reputation as being focused on IT support centres rather than original and innovative tech?