T-Mobile's deal for Sprint gets big boost from FCC commission

By David Shepardson and Diane Bartz WASHINGTON (Reuters) - T-Mobile US Inc's $26 billion acquisition of rival Sprint Corp appeared to win the support of a majority of the Federal Communications Commission on Monday, in a significant step toward the deal's approval. FCC Chairman Ajit Pai, a Republican, came out in favour of the combination after the companies offered concessions, including selling Sprint's Boost Mobile prepaid cell service, as did FCC Commissioner Brendan Carr, a Republican. 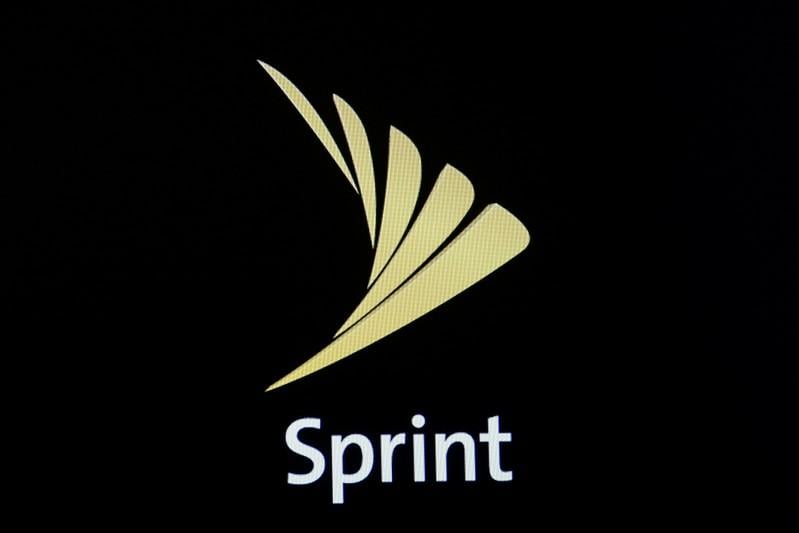 By David Shepardson and Diane Bartz

WASHINGTON (Reuters) - T-Mobile US Inc's $26 billion acquisition of rival Sprint Corp appeared to win the support of a majority of the Federal Communications Commission on Monday, in a significant step toward the deal's approval.

FCC Chairman Ajit Pai, a Republican, came out in favour of the combination after the companies offered concessions, including selling Sprint's Boost Mobile prepaid cell service, as did FCC Commissioner Brendan Carr, a Republican.

The five-member panel's third Republican, Mike O'Rielly, said he was "inclined to support" the proposed merger, even if he was not convinced of the need for all of the conditions announced by Pai.

Sprint shares initially surged 23.2% while T-Mobile shares rose 5.1%, but both pared gains to close at 18.8% and 3.9% higher respectively after a report from Bloomberg News said the Department of Justice, which also has to OK the deal, was leaning against approval. Bloomberg said the department was concerned the proposed remedies did not resolve antitrust concerns.

If the deal is completed, the number of U.S. wireless carriers would drop to three from four, with Verizon Communications Inc and AT&T Inc leading the pack.

Some telecommunications experts have predicted that prices for cellphone service would rise as a result, and U.S. Senator Richard Blumenthal agreed.

"The FCC’s seeming abdication makes it even more important for the Department of Justice to step up to the plate to block this merger," the Democratic senator said in a statement.

The commission is made up of three Republicans and two Democrats.

The FCC will not formally vote on the merger on Monday but will first draft an order it plans to circulate for approval in the coming weeks, said the two people briefed on the matter.

The FCC move boded well for the Justice Department to also approve the deal, Citi analysts said in a note.

"While the two federal agencies have different standards of review that could lead to different outcomes, we believe the likelihood for some coordination between the agencies is encouraging for the approval prospects by the (Justice Department)," the note said.

Reviews by state attorneys general and public utility commissions could push full approval back to the third quarter of this year, the Citi note said.

The FCC and Justice Department almost always agree publicly on merger reviews, and experts said on Monday the agencies have not had a major review disagreement in four decades.

In a filing with the FCC on Monday, the companies pledged to sell prepaid wireless provider Boost Mobile.

The sale will include the brand name, any active accounts and dedicated Boost assets and staff but no wireless spectrum. The new Boost could buy network access from T-Mobile for at least six years.

The companies pledged they would not scrap a deal with Altice USA, the fourth-largest U.S. cable television company.

Altice has an agreement with Sprint that would allow it to start offering mobile phone service later this year, using Sprint's network.

One critic of the deal called the concession weak.

"I don't understand how the mere spinning off of one of three prepaid services would satisfy (Pai), given all the evidence in the record that post-paid (wireless) prices will go up," said Gigi Sohn, who held a senior FCC position during the Obama administration. "I just think this is very weak tea."

The Boost sale is aimed at resolving concerns that the deal would give the combined company 54% of the prepaid market, which generally includes those with poor credit who cannot pay with a credit card.

T-Mobile, which is about 63 percent owned by Deutsche Telekom AG, also promised the new company would build a "world-leading" 5G network, which is supposed to be the next generation of wireless service. It promises to give rural Americans robust 5G broadband and enhance home broadband and could face hefty financial penalties if it did not meet expansion targets.

The FCC and Justice Department had been expected to make a decision in early June. They have been weighing a potential loss of competition and higher prices for consumers against the prospect of a more powerful No. 3 wireless carrier that can build a faster, better 5G network.