Twitter blamed systems failures - not a crush of traffic around the Olympic games - for an outage on Thursday that saw people around the world experience problems accessing the micro blogging site for more than an hour.

London: Twitter blamed systems failures - not a crush of traffic around the Olympic games - for an outage on Thursday that saw people around the world experience problems accessing the micro blogging site for more than an hour.

The San Francisco-based company said the outage was caused by a "noteworthy" double failure in its data centers. When one system fails, a parallel one is meant to take over, but two systems coincidentally stopped working at around the same time, Twitter said.

"I wish I could say that today's outage could be explained by the Olympics or even a cascading bug," Mazen Rawashdeh, VP of engineering, said in a statement apologizing to users. "Instead, it was due to this infrastructural double-whammy."

He apologised for giving its users "zilch" instead of the service, saying the company is "investing aggressively" in its systems to avoid a repeat situation.

Visitors to the site on Thursday were greeted with a half-formed message saying that "Twitter is currently down." The fields where a reason for the outage and a deadline for restoring service were apparently meant to go were filled with computer code. 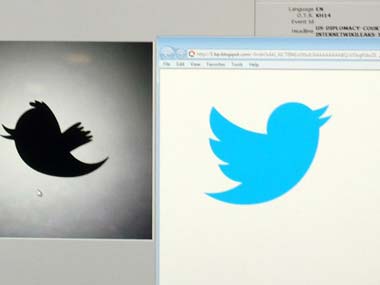 Sluggishness or outages were reported for more than an hour in countries in the Americas, Europe, Asia, and Africa. Some users were able to post updates through their phones or third-party applications.

Tweets about the Olympic torch, which is wending its way through central London, still poured in, albeit far more slowly than earlier in the day.

When the Olympics open in London on Friday there is expected be an even bigger spike in use of the micro-blogging site.

While the site was affected Thursday, many self-proclaimed "Twitter refugees" flooded Facebook with complaints about Twitter. As usual following outages, "WhileTwitterWasDown" was one of the most-talked about topics on Twitter in the United States. Users cracked jokes about their regained productivity as a result of the downtime - or going outside to get some sunshine.

Twitter said in March that it has more than 140 million active users and that the service sees 340 million Tweets a day.

It was once notorious for its down times, but has since improved its performance. Still, the sheer popularity of the site - and its heavy use by up-to-the-second journalists - mean that even modest outages quickly become news. In June, Twitter experienced problems that lasted about two hours. The company blamed a technical glitch.

Social networking sites are expected o receive an unprecedented surge of activity by sports fans during the Olympics. At the recent UEFA European Football Championship final, users fired off more than 15,000 tweets per second, setting a sports-related record for the site.

Social media users were already complaining about an earlier outage that affected Google's chatting services. The Mountain View, California-based company said Thursday morning that the majority of users were seeing error messages and unable to use its Google Talk service. The issues were resolved five hours later.