Several members of Congress have no idea what they are talking about when it comes to technology.

Google CEO Sundar Pichai's three and a half hour long Congressional hearing took place on Tuesday and as many would concede, it was yet another missed opportunity on holding the search giant accountable for its practices. 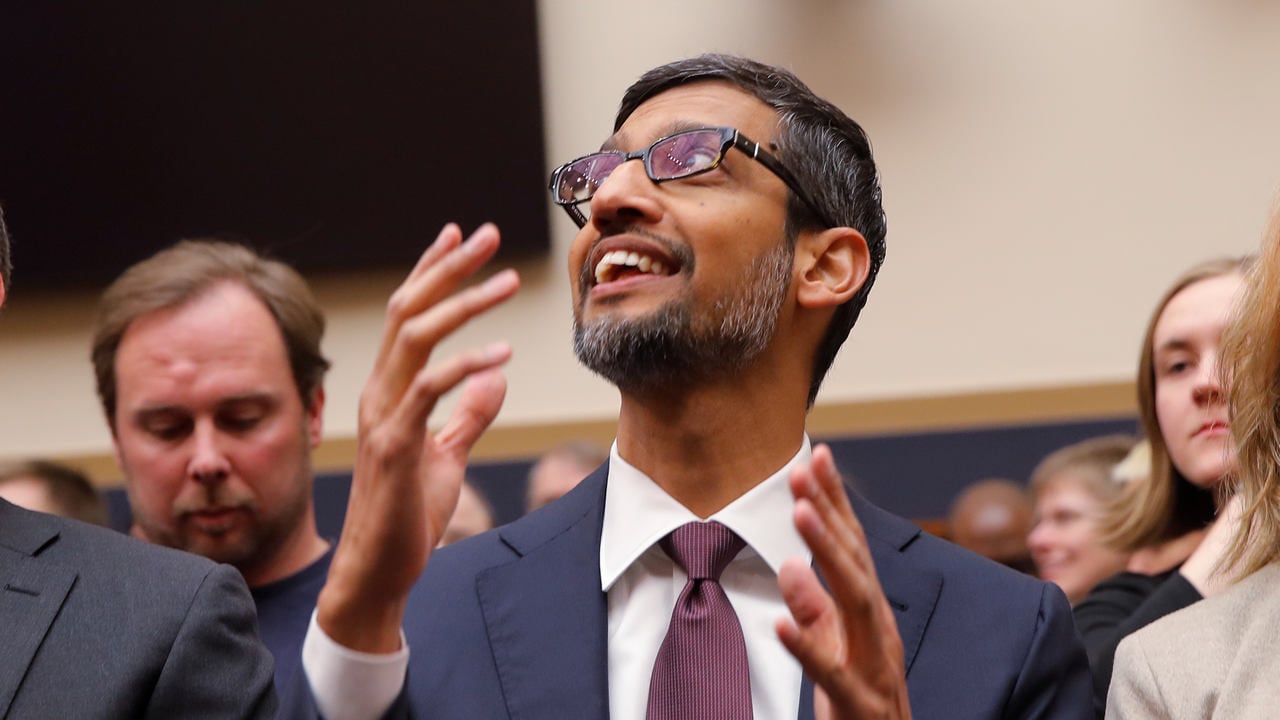 Pichai testified before Congress on Google Plus' data breaches, the controversial Chinese-censorship friendly search product known as 'Project Dragonfly' and perceived anti-conservative bias. But, there was one more pressing concern that took centre stage to those watching the hearing — several members of the House Judiciary Committee had no idea what they were talking about when it came to technology.

Here's a list of the most ridiculous questions that were asked to arguably one of the most powerful people in Silicon Valley. A golden opportunity that could have been better used to learn more of Google's data policies and what it is doing to protect user data. Here are five moments which were painful to endure.

Why does searching for 'idiot' return photos of Donald Trump?

Democratic Rep. Zoe Lofgren from California asked Pichai why a picture of Donald Trump came up when you Googled "idiot."

Reason for Trump showing as Idiot under Google Images pic.twitter.com/71BhyENIwT

Even Pichai couldn’t help but smile at the question, but the basics of the question are worth visiting. While it may be perceived as political bias, Pichai explained that search results, are not in any way affected by human interventions and are simply following an algorithm.

Pichai answered, "Any time you type in a keyword, as Google we have gone out and crawled and stored copies of billions of pages in our index. And we take the keyword and match it against their pages and rank them based on over 200 signals — things like relevance, freshness, popularity, how other people are using it. And based on that, at any given time, we try to rank and find the best search results for that query."

Can Google know if I move around?

Rep. Ted Poe from Texas asked Pichai if Google could track his movements if he stood up and moved around the room?

"It’s either ‘yes’ or ‘no.’ It’s not a trick question, you know you make $100 million a year, you ought to be able to answer that question," Poe yelled.

Pichai tried to explain that a simple 'yes' or 'no' wouldn't suffice here, particularly when it comes to an individual device where there are numerous factors at play. "Not by default, but you may have a Google service which you’ve opted in to use. I can’t say without knowing more details, sir," he said.

"Congressman, iPhone is made by a different company"

Rep. Steve King asked, how does (hateful information about him) show up on his 7-year-old grand daughter's iPhone when she's playing a game?

"It might have been an Android. It was a hand-me-down of some kind," King added, missing or ignoring the point that without knowing what the game was or what kinds of notifications were set on the phone, there was no way anyone could answer his question.

Pichai retorted, "I'm happy to follow up when I understand the specifics."

Why does my MSNBC interview not show up in search results?

.@RepCohen asks Google CEO to look into "the over-use of conservative news organizations," citing fact that when people search for his MSNBC appearances, it often takes them to Daily Caller articles. pic.twitter.com/kmEXYqhq9x — Aaron Rupar (@atrupar) December 11, 2018

"This weekend, I was on MSNBC four times, and yet the first thing that comes up (when I search for myself on Google) is the Daily Caller, not exactly a liberal, a well-known group, then it’s Roll Call, then Breitbart news, then the Memphis Business Journal, then Breitbart News, then Breitbart," said the Tennessee representative.

Pichai was noticeably taken aback after the question because of the confusing way in which it was posed.

"We do get concerns across both sides of the aisle, I can assure you that we do this in a neutral way and we do this based on specific keywords and what reliable information we have to assess the request," he said.

At least tell us who's the man behind the curtain Pichai?

Rep. Lamar Smith from Texas asked if Google had ever disciplined individual employees or groups of employees for manipulating search results.

.@LamarSmithTX21: You've never punished a Google employee for manipulating search results, is that right? GOOGLE CEO SUNDAR PICHAI: It's not even possible for an individual employee to do that. SMITH: I disagree. I think humans can manipulate the process. pic.twitter.com/GjqNKd7FuE — Aaron Rupar (@atrupar) December 11, 2018

Smith asked if Google had ever assigned individual employees or groups of employees for manipulating search results.

When Pichai responded that it wasn’t possible for individual employees to manipulate search results, Rep. Smith said he didn’t believe the CEO.