Steve Jobs was barely 18-years old when and had recently dropped out of Reed College. The letter was clearly filled in when he was looking for employment as "electronics tech or design engineer." 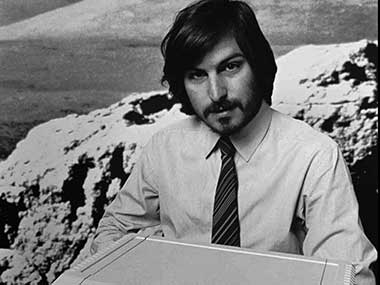 Jobs was barely 18-years old then and had recently dropped out of Reed College. The letter was clearly filled in when he was looking for employment as "electronics tech or design engineer."

The listing takes us back in time during first days of the tech industry, little did Jobs know back then that he would change and revolutionise things for the better.

The auction house clearly mentions in its detailed listing how Jobs went about filling up the job application:

“Incredible job application questionnaire filled out and signed by Steve Jobs, one page, 8.5 x 11, annotated 1973 in another hand. Jobs fills out the document with his name, 'Steven jobs'; address, 'reed college'; phone, 'none'; and major, 'english lit.' In the middle section, he writes 'yes' in response to 'Driver's License?' and 'possible, but not probable,' in reply to 'Access to transportation?' With regard to his skills, next to 'Computer' and 'Calculator,' he writes, 'yes (design, tech).' At the bottom, he describes his 'Special Abilities' as 'electronics tech or design engineer. digital.—from Bay near Hewitt-Packard [sic].' In very good condition, with intersecting folds, overall creasing, light staining, and some old clear tape to the top edge. Accompanied by full letters of authenticity from PSA/DNA and Beckett Authentication Services.”

Prior to filling up the form, RR Auctions also mentioned that Jobs had enrolled at Reed College in Portland, Oregon for the fall semester in 1972 only to drop out six months later.

Also a part of the auction that will be held in March, is a newspaper excerpt that is personally signed by Jobs. The excerpt covers the announcement of the first iPhone redesign (iPhone 3G) and is expected to fetch more than $15,000.

What does the ancient art of astrology tell us about Steve Jobs?

Steve Jobs and Apple: The crazy one who changed the world

Steve Jobs and Apple: The crazy one who changed the world

Mac with a Soul: Steve helped us to do our Jobs better