Hawking was interred in the abbey's Scientists' Corner, beneath a stone inscribed: "Here lies what was mortal of Stephen Hawking'' .

The ashes of Stephen Hawking were buried on 15 June in a corner of Westminster Abbey that honours some of Britain's greatest scientists, between the graves of Charles Darwin and Isaac Newton. Flowers are placed alongside the ashes of British scientist Stephen Hawking during a memorial service at Westminster Abbey. Image: Reuters

More than 1,000 people attended a service of thanksgiving in the ancient abbey for the physicist, who died in March at age of 76 after decades of living with motor neuron disease. When he was diagnosed, aged 22, he was given only a few years to live.

Hawking conducted groundbreaking research into black holes and the origins of the universe and gained global fame as a populariser and communicator of science.

His book A Brief History of Time' sold 9 million copies – even if many readers didn't finish it – and he appeared on Star Trek: The Next Generation, The Big Bang Theory and The Simpsons.

"His name will live in the annals of science,'' Astronomer Royal Martin Rees told the memorial service. "Nobody else since Einstein has done more to deepen our understanding of space and time."

"Millions have had their horizons widened by his books and lectures, and even more worldwide have been inspired by a unique example of achievement against all the odds,'' Rees said.

Guests also included 1,000 members of the public selected by ballot from 25,000 applicants. A private funeral service was held in March in Cambridge, where Hawking lived and worked for decades.

The service included biblical readings by actor Benedict Cumberbatch, who played Hawking in a BBC drama, and Hawking's daughter Lucy. Astronaut Tim Peake read from "Queen Mab'' by poet Percy Bysshe Shelley, which evokes the wonders of the universe. 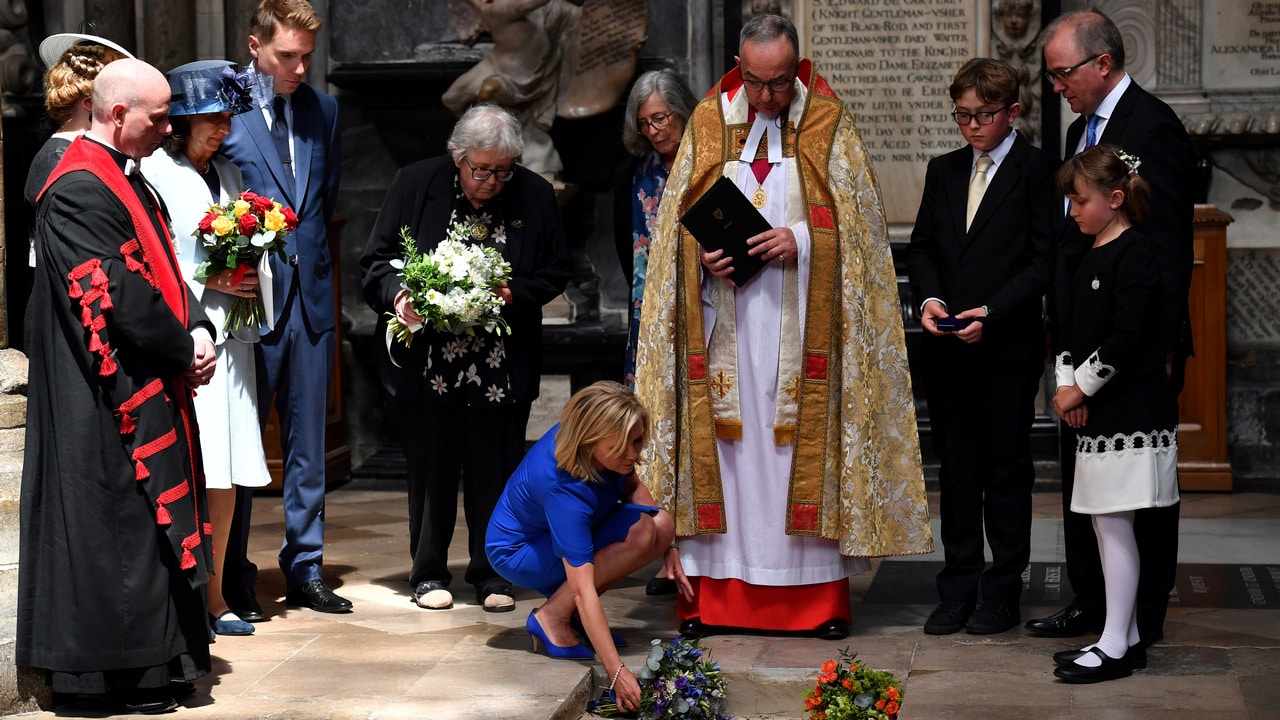 Kip Thorne, a Nobel Prize-winning American physicist, paid tribute to "by far the most stubborn friend I ever had."

The 900-year-old abbey is the resting place of a pantheon of British historical figures, including kings and queens, political leaders and writers including Geoffrey Chaucer and Charles Dickens.

Hawking was interred in the abbey's Scientists' Corner, beneath a stone inscribed: "Here lies what was mortal of Stephen Hawking'' – an English translation of the Latin words on the nearby grave of Newton, the 17th-century scientist who discovered the laws of gravity. The stone is also inscribed with one of Hawking's equations describing the entropy of a black hole.