Support for BharatQR was rolled out as part of the Vizag less–cash city initiative, aimed at increasing the adoption of cashless transaction technologies.

The Eastern Power Distribution Company of AP Ltd (EPDCL) and the Southern Power Distribution Corporation of AP Ltd (SPDCL) have started supported BharatQR for payments. Together, they are the first state owned power distribution companies in India to support BharatQR as a payment mode. Support for BharatQR was rolled out as part of the Vizag less–cash city initiative, aimed at increasing the adoption of cashless transaction technologies among the citizens of the state. The initiative is a joint project between the State Government of Andhra Pradesh and Visa. 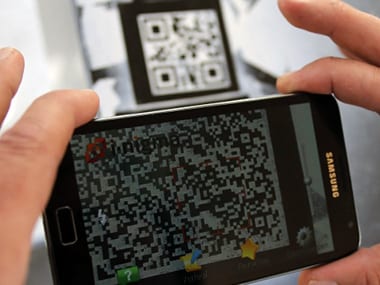 Nara Lokesh, Minister of IT and Rural Development, State Government of Andhra Pradesh said, "We are proud to have EPDCL and SPDCL as the flagbearers of Chief Minister Naidu’s vision to make Vizag, India’s first less–cash city and the FinTech Valley of India. Andhra Pradesh power distribution companies are setting an impressive example for discoms across India to adopt similar systems. Further, in keeping with the promotion of digital payments, we are exploring the possibility of abolishing surcharge levied to consumers on digital payments. Digitization of transactions will ultimately lead to a reduction of costs for all stakeholders involved"

TR Ramachandran, Group Country Manager, Visa, India and South Asia, said, "Visa is humbled to have had the opportunity to steer the launch of BharatQR, the world’s first interoperable QR code standard that can help achieve India’s less-cash vision. A low-cost acceptance solution, BharatQR has the potential to drive payment digitization at scale, and be a convenient way to pay and get paid for both consumers and merchants alike. Further, digitization of such citizen to government payments at scale, would significantly help reduce India’s net cost of cash estimated to be 1.7% of its GDP, while accelerating the country’s economic growth."

The initiative is expected to push the citizens towards cashless transactions because of the wide spread of the utility, as well as the frequency of the transactions. BharatQR is a network agnostic payment service that allows customers to execute transactions without divulging sensitive information such as credit card numbers and the CVV code. Users simply need to scan the QR code on the electricity bill to make a payment through a banking application that supports BharatQR payments. Customers can also generate a QR code by entering their customer IDs online.

BharatQR was launched early this year by the National Payments Corporation of India, MasterCard and Visa, based on RBI's Payments Vision 2018.