By Noel Randewich SAN FRANCISCO (Reuters) - A wave of quarterly reports from Netflix and other top-tier, high-growth companies starting on Wednesday will test Wall Street's willingness to extend a recent really driven by expectations of lower interest rates. Facebook , Amazon and Google-owner Alphabet , all part of the so-called FANG group of widely held stocks, have jumped over 5% so far in July, with investors increasingly willing to bet on the volatile names thanks to expectations the Federal Reserve will cut rates later this month by as much as half a percentage point to support economic growth 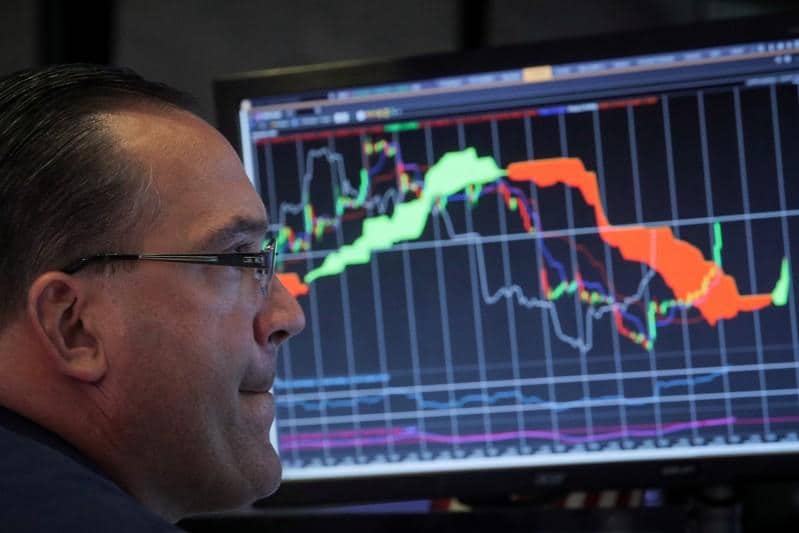 SAN FRANCISCO (Reuters) - A wave of quarterly reports from Netflix

Netflix has been the FANG group's poorest performer this month, up just 0.2% as investors worry that looming competition from Walt Disney Co

Still, the leading video entertainment company is up 2% since its weaker-than-expected quarterly report in April, and up 37% year to date.

The reports by Netflix, scheduled for after the bell on Wednesday, followed by Microsoft

"The FANG stocks have done well because of overall market sentiment. But we've come a long way in a hurry, and a little bit like a baby, you've got to worry if there has to be a little burp," said John Brady, managing director at R.J. O’Brien & Associates in Chicago.

Netflix in April forecast weaker-than-expected growth in new subscriptions, and concerns since then have only increased following announcements that Netflix will lose its two most-watched shows in the United States - "Friends" and "The Office" - to upcoming rival services from AT&T Inc

"Who at Facebook thought it would be a good idea to bring up this Libra cryptocurrency right now? The nicest way to say it is that it was ill-advised, given everything that's on their plate," Stoeckle said.

Netflix predicted in April it would pick up a softer-than-expected 5 million new streaming subscribers in the June quarter. Analysts expect Netflix's second-quarter revenue to rise 26% to $4.93 billion, while its net income is seen falling 34% to $255 million, according to Refinitiv. Earnings per share are is expected at 56 cents.

"Netflix is going to be interesting when it comes to guidance," said Jim Bianco, president of Bianco Research in Chicago. "They are going to have lot of competition, and I think they're going to have to give us some guidance on whether they believe they can fight it off."

Since 2002, Netflix's second-quarter reports on average have been followed by a 5.9% decline in its stock the following day, according to Bespoke Investment Group. That compares to an average increase of 0.6% in the following trading day across all quarters for Netflix.

Facebook is to post its results on July 24, followed by Amazon and Alphabet on July 25. Facebook and Alphabet face challenges including calls for increased regulation, while investors worry that Amazon's race to expand one-day shipping will cut into its profits just as competitors including Walmart

Year-to-date, Amazon has surged 35% and is less than 2% below its record high set last September.

Facebook has rallied 56% in 2019 and is 6% short of the record high it set a year ago, just before it warned of a multi-year squeeze on its business margins, sending its stock into months of decline as investors worried about fallout from the company's mishandling of users' personal information.

Even after their rallies this year, Alphabet, Netflix and Amazon are trading at forward price/earnings multiples below their two-year averages.

Analysts expect Microsoft, the only U.S. company with a stock market value greater than $1 trillion, to post a 9% increase in quarterly revenue to $32.8 billion, with strong growth in cloud computing making that business larger than its Windows business for the first time ever.