Spotify, the world’s top selling music streaming service, expects revenue to grow 20-30 percent in 2018 as currency swings slow the pace from 2017, it said on 25 March, as it gears up for a highly anticipated stock market listing next week. The Swedish company said it expected 2018 revenue of 4.9 billion to 5.3 billion euros ($6.1-$6.8 billion), which would mark a slowdown from the 39 percent growth recorded in 2017 when it inked improved licensing deals with major music labels.

Spotify marks a breakthrough for Europe’s tech start-up scene as the region’s first company in decades to carve out, and so far, ably defend its niche, streaming music, against US giants Apple , Amazon, and Google.

Shares of Spotify Technology SA are set to begin trading on the New York Stock Exchange on 3 April in an unusual direct listing that gives insiders the option to sell instantly and does without the support of traditional underwriters, a recipe for potentially high volatility in early trading.

Richard Windsor, an independent financial analyst based in Abu Dhabi, said that, at first appearance, the outlook seemed designed to give the company a very low hurdle it can clear easily in its early days as a public company.

“Spotify has chosen a very unorthodox route to go public,” he said. “There is going to be no institutional support for the stock if things go wrong in the early days. The last thing, the absolute last thing this company needs is a bad first quarter.”

The company was valued around $20 billion based on private stock transactions among existing investors and employees in February, according to its filing.

Failing to hit its projections in its first few quarters as a public company would trigger shareholder lawsuits and cripple Spotify’s ability to raise further capital, said Steve London, a partner in the securities practice of law firm Pepper Hamilton.

“Spotify knows this and I’m sure has set their projections levels that are clearly achievable, and by no means a risky stretch,” London said. 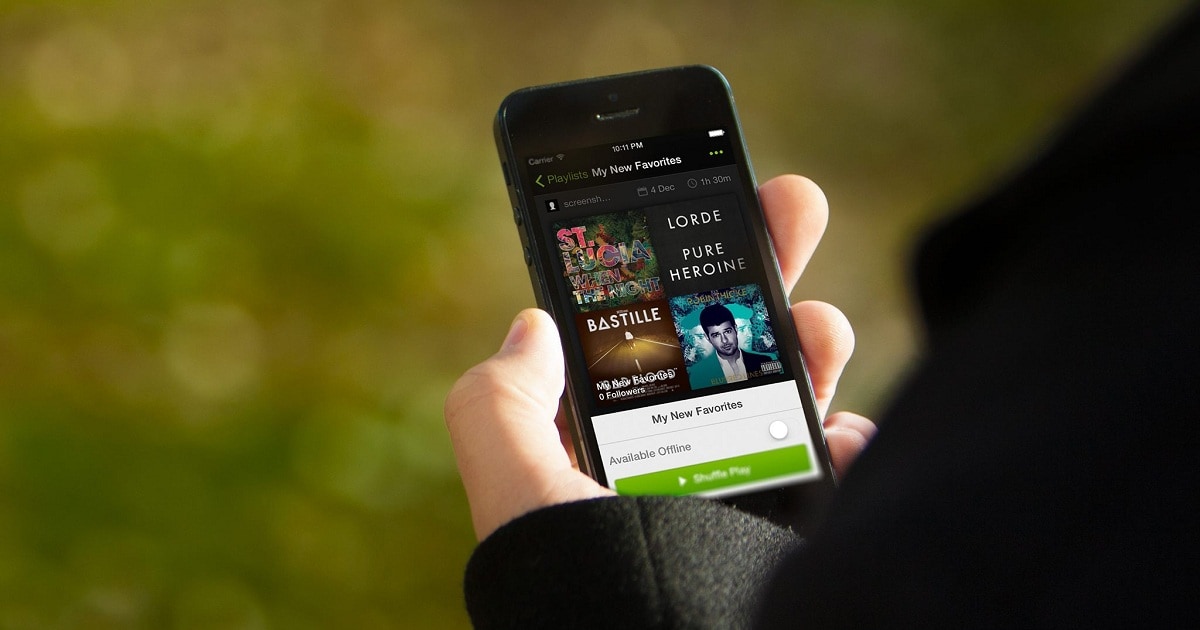 Spotify expects its revenues to grow ahead of its stock market listing. Facebook.

Loss-making Spotify, which is prioritising rapid growth over profit, said it expected to have signed up between 73 and 76 million paying subscribers this month, roughly twice as many as closest rival Apple has disclosed. For the full year, it said it is aiming for 92-96 million premium users, representing growth of 33 percent at the mid-point of that forecast.

The 2018 sales forecast compares with the Stockholm-based company’s long-term target for revenue to grow between 25 and 35 percent, which it spelled out for investors earlier in March.

Gross margins for the first quarter are expected to rise to around 23-24 percent from 21 percent for 2017 as a whole and possibly reach 23-25 percent in 2018 overall. That remains well off its long-term target of 30 to 35 percent.

An existing shareholder said Spotify’s capacity to demonstrate progress on margins is crucial to proving its business model: “23-25 percent gross margins show that its new deals with record labels had a positive effect on the results and that the company can be profitable when it wants to.”

Spotify speculated to be expanding to Asia; may launch in Thailand and Vietnam

Spotify climbs into bed with Facebook to its users dismay

Spotify climbs into bed with Facebook to its users dismay