Co-founder and CEO of Spotify Daniel Ek, has confirmed the news at the company's investor day presentation

For quite some time the online music streaming market in India has been dominated by Apple Music, Saavn, Google Play Music and Gaana. More recently, Amazon Prime Music was also launched in India. This could soon change as the biggest music streaming service in the world, Spotify, could soon make its way into India. 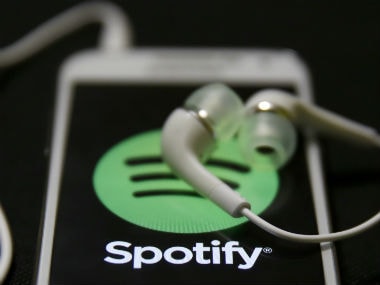 Co-founder and CEO of Spotify, Daniel Ek, has confirmed the news at the company's investor day presentation. "We are working on launching in some of the biggest markets in the world, including India, Russia and Africa which has a very rich musical culture," he said.

However, Ek has not specified any date as to when Spotify plans to come to India. As per a report by the Economic Times, Spotify had disclosed that it had leased an office space in Mumbai. The report also states that Spotify's chief marketing officer Seth Farbman believes that Spotify is quite well known in India with around 36 percent of the population aware of the streaming service.

This information comes in the backdrop of Spotify taking an unusual route to public markets through a direct listing.

Spotify has garnered a subscriber base of 159 million out of which 71 million are paid, as of 31 December.