The study suggests that how people use social media is more important than the time they spend doing so.

More time spent on Facebook and Twitter may not lead to poor mental health, according to a study which suggests that how people use social media is more important than the time they spend doing so. There has so far been no evidence supporting the view that the amount of time spent on social media affects mental health in young people, said Chloe Berryman of the University of Central Florida in the US. 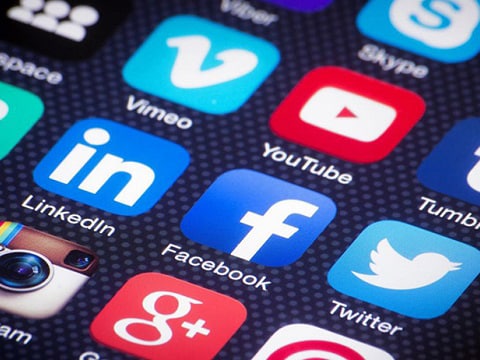 Researchers found very few links between different aspects of social media use among young adults and possible mental health problems such as loneliness, decreased empathy and social anxiety. "We do not deny the potential for some online behaviours to be associated with mental health problems, rather we propose that research focus on the behaviour of individuals rather than assume media is the root cause of all socio- personal problems," said Berryman, lead author of the study published in the journal Psychiatric Quarterly.

Berryman compared the response that some people have to social media to a form of "moral panic" such as that surrounding video games, comic books and rock music. Berryman and her colleagues analysed the responses of 467 young adults to a variety of questionnaires. They were questioned about the amount of time per day they spent using social media, the importance it has in their lives, and the way they used social media.

Their current mental health state, levels of social anxiety, the quality of their relationship with their parents and the amount of social support that they could count on were also assessed. Aspects such as general mental health symptoms, suicidal ideation, loneliness, social anxiety and decreased empathy were also considered. The only worrying trend found had to do with vaguebooking, which refers to a persons tendency to write social media posts that contain little actual and clear information, but are worded in such a way as to solicit attention and concern from potential readers.

Young people who tended to often write such posts were found to be lonelier, and to have more suicidal thoughts than others, researchers said. "Vaguebooking was slightly predictive of suicidal ideation, suggesting this particular behaviour could be a warning sign for serious issues," said Berryman. "It is therefore possible that some forms of social media use may function as a cry for help among individuals with pre-existing mental health problems," she said.

"Overall, results from this study suggest that, with the exception of vaguebooking, concerns regarding social media use may be misplaced. "Our results are generally consistent with other studies which suggest that how people use social media is more critical than the actual time they spend online with regards to their mental health," Berryman added.