Zuma spacecraft is reportedly carrying a mysterious payload for the US government and it will be delivered to the lower Earth orbit.

If recent reports are to be believed then SpaceX has delayed the launch of its mystery project Zuma. The mystery payload was supposed to have been launched into space by a Falcon 9 rocket on 16 November, but SpaceX called off the launch to carry out additional data review. SpaceX's press kit mentioned that the backup launch may take place on 17 November 8:00 PM EST. 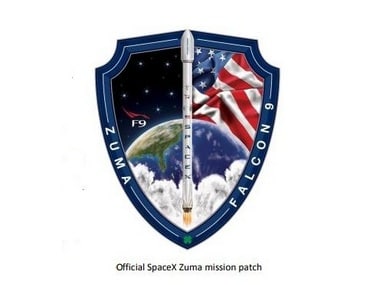 SpaceX's Twitter page yesterday said "Standing down on Zuma mission to take a closer look at data from recent fairing testing for another customer". Another tweet read “Though we have preserved the range opportunity for tomorrow, we will take the time we need to complete the data review and will then confirm a new launch date.”

Though we’ve preserved the range opportunity for tomorrow, we’ll take the time needed to complete the data review and then confirm a new launch date.

Zuma spacecraft is reportedly carrying a mysterious payload for the US government and it will be delivered to the lower Earth orbit according to Newsweek. Aerospace and defence company, Northrop Grumman, had arranged the launch on the behalf of US government. However, the contents of the mysterious payload are not known at the time of writing. Zuma on the Falcon 9 rocket. SpaceX

Conspiracy theories have sprung up around Zuma's launch according to the Newsweek report. Some reports have suggested that the Payload is in connection to the Nibiru doomsday event while others believe that the payload's geosynchronous dropoff points to communication purposes.

The report also states SpaceX had earlier launched a package belonging to the NRO (National Reconnaissance Office) and in September it had launched the X-37B space plane for the US Air Force. The Falcon 9 rocket delivering the payload in space is expected to land near Cape Canaveral. When the dates are announced, those interested in watching the launch can visit the link here.