Musk still hopes for the BFR to land on Mars in 2022 and the first couple of missions will be focussing on sending just the cargo, followed by humans.

At the ongoing South by South West conference taking place in Austin, Texas, Elon Musk had a session where, among other things, he also did a cover of 'My Little Buttercup'. But the major announcement has to do with the update on the BFR rocket system. 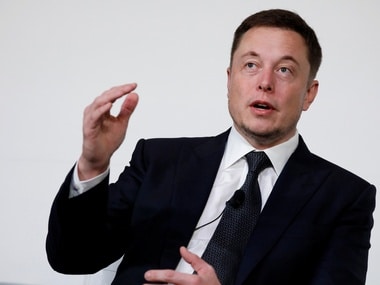 The Big Falcon Rocket (BFR) rocket system is SpaceX's next-generation launch vehicle and a successor to the Falcon Heavy — which was in the news recently for putting a Tesla Roadster in space. According to Engadget, Musk said that the first 'short up and down flights' of the BFR rocket system could begin by the first half of 2019. He added a disclaimer after this, stating that his timelines tend to be too 'optimistic'.

The BFR rocket system is expected to use a total of 37 Raptor engines of which 31 will be on the booster rocket and six will be on the spacecraft. It weighs around 4400 tons and has a height of 106 m. The launch vehicles are expected to be completely reusable. The BFR rocket system can carry about 150 tons of cargo. While it has the Mars mission as its ultimate goal, the BFR should also be capable of a return trip to the Moon. According to Engadget, this target should be taken with a pinch of salt given Musk's history with ambitious timelines.

Musk also said that the BFR could transport people from city to city on Earth as well in the future. He speculated that the New York to Shanghai journey on the BFR would take 30 mins. He still hopes for the BFR to land on Mars in 2022 and the first couple of missions will be focussing on sending just the cargo, followed by humans.