Sony is set to launch its Xperia Z1 in India on 18 September. The company has sent invites for a press event in New Delhi.

Sony is set to launch its Xperia Z1 in India on 18 September. The company has sent invites for a press event in New Delhi and even though it has not specified which device it will launch, one can safely assume that it will be the Xperia Z1.

Sony's Xperia Z1 comes with a 20.7 megapixel camera and like most other Xperia smartphones, this one is waterproof and dustproof as well. The price of this phone is likely to be above Rs 45,000 and above. Sony had priced the Xperia Z Ultra at Rs 46,990 during the launch but the phone is now retailing for Rs 41,000 on e-commerce websites.

Sony launched the phone at IFA in Berlin and Sony has chosen to concentrate on the camera features where the Xperia Z1 is concerned. The 5-inch full HD screen phone has 2GB RAM and 16 GB memory space. 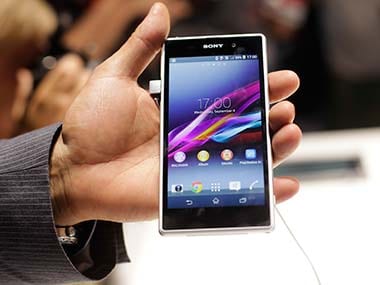 It runs Android 4.2 Jelly Bean and also has support for a MicroSD slot up to 64 GB. It has a Qualcomm Snapdragon 800 quad-core 2.2 Ghz processor, 3000 mAh battery and supports 4G LTE. The front camera is 2 megapixel. The phone has an aluminum frame.

At the launch event in IFA Berlin, Sony also showed off new smart lens called QX100 and RX100 which can be strapped onto the Xperia Z1 and other Xperia phones via a lens module. Once users do that, it converts phones into a regular compact camera. The lens connects with the phone via WiFi.