Sony Xperia XZ1 could come with Android 8.0 and 19 MP camera according to GFXBench leak

According to a latest leak on GFXBench, the Sony Xperia XZ1 is expected to come with a 5.1-inch FullHD display, Android 8.0, 19MP rear and 13MP front camera

Looks like Sony is gearing up to launch its next flagship in the form of the Xperia XZ1. It will most likely come in two models as the model numbers G8341 and G8342 have been spotted in the wild. 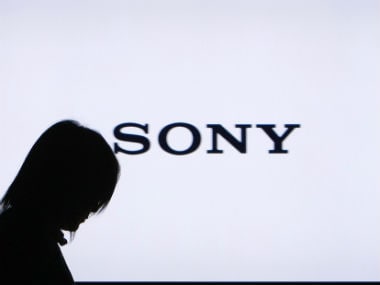 According to a latest leak on GFXBench, the Sony Xperia XZ1 is expected to come with a 5.1-inch FullHD display, Android 8.0 (with Sony skinning), Adreno 540 GPU, a 19 MP primary camera and a 13 MP front-facing camera. In terms of storage you will most likely get 64 GB, of which around 50 GB will be usable storage. This will be supported by 4 GB RAM. This chipset will most likely be a Qualcomm Snapdragon 835 model.

Earlier last week, a GeekBench benchmark page had hinted at an Android 7.1.1 OS on the Xperia XZ1 models. The GFXBench screenshot above shows Android 8.0 with Sony Edition. 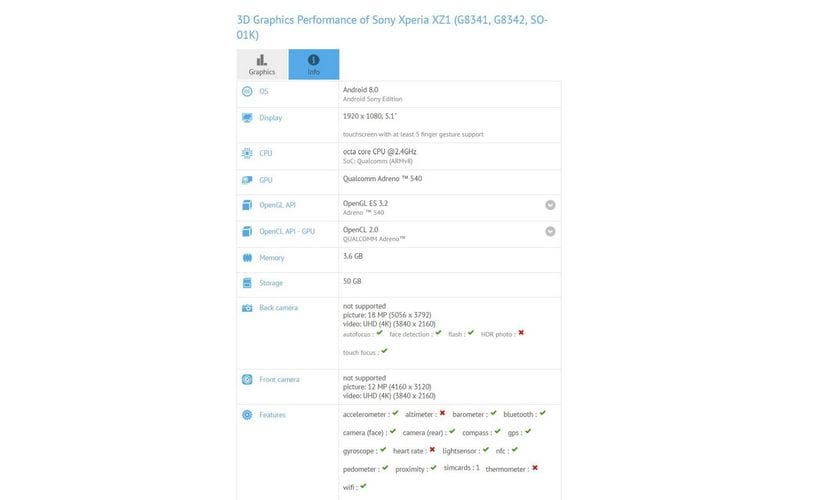 It seems like Sony is preparing for an IFA 2017 launch for three phones – the Xperia XZ1, and two other phones whose details were leaked earlier, namely Xperia X1 and Xperia XZ1 Compact. The XZ1 Compact as the name implies, will most likely be the little sibling of the likely flagship Xperia XZ1. Keeping the 'mini' tradition alive, we could see the XZ1 Compact with similar hardware including the Snapdragon 835 SoC, 4 GB RAM but packed in a small package with a 4.6-inch HD display and a 2,800 mAh battery.

The third handset will be the Xperia X1 which will be a mid-ranged offering. The specifications include Snapdragon 660 chipset paired with 4 GB of RAM. It will sport a 5-inch Full HD display and a 2,800 mAh battery will provide the juice.

This sounds like a more aggressive lineup from Sony. While details around the camera has not been revealed, we are assuming that Sony will use the same 'Motion Eye' camera which debuted on the Xperia XZ Premium and the XZs.

Sony PlayStation 5 pre-orders to begin in India today at 12 pm on Vijay Sales, Croma and more

Jim Sarbh, Ishwak Singh to star in SonyLIV Original Rocket Boys, based on the lives of Homi Bhabha and Vikram Sarabhai