Sony has released a new video, which doesn't reveal much about its upcoming flagship device the Xperia Honami aka Z1, other than the fact that its waterproof.

Sony has released a new video, which doesn't reveal much about its upcoming flagship device the Xperia Honami aka Z1, other than the fact that its waterproof. The video, titled "The best of Sony is about to get even better," shows a smartphone that can be submerged underwater.

BusinessWeekhad reported that Xperia Honami will be launched on 4 September at IFA in Berlin. The report quoted two people familiar with the matter and says that,Sony's new flagship has been developed under an internal code name of Honami, a Japanese hot-spring area. Sony has been using such names during the development of its handsets, including the Xperia Z, one of the two people said. 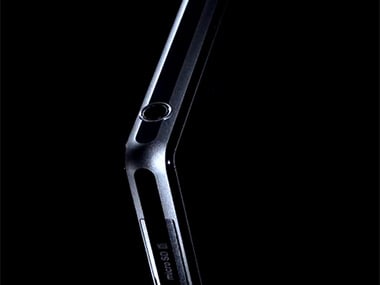 According toBGR India website,the Sony Xperia Z1 (Honami), will launch in India in 18 September at an event in New Delhi. "Notably, the phone will carry a price tag of close to Rs 50,000 if not more, which might fluctuate depending on the prevailing forex rate," says the website.

Pictures of the device were previously leaked by a blog calledGadgetHelpline.The upcoming smartphone is rumoured to have a 20 megapixel camera.

GSM Arenamanaged to get its hands on the specs sheet for the smartphone. They are: 5-inch 1080p display, 2.2GHz quad-core Krait 400 CPU and 2GB of RAM on a Snapdragon 800 chipset. The battery remains non-removable and will be 3000mAh.

Images of the alleged Xperia Z1 smartphone have surfaced online, such as on Esato forums.The images reveal a white variant of the Xperia Z1 with a silver frame.