Sony Xperia R1 will come with 2GB RAM and 16GB internal memory and Xperia R1 Plus will sport 3GB RAM along with 32GB storage.

Sony India has announced the launch its latest mid-range smartphones, that Xperia R1 and Xperia R1 Plus in the Indian market. The company has priced Xperia R1 at Rs. 12990 and Xperia R1 Plus at Rs. 14990 respectively. The devices will be available for purchase starting from 10 November from online stores and offline retail stores. 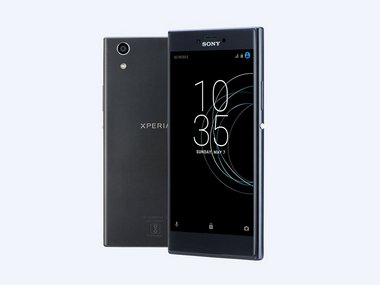 Both the phones will pack a 5.2-inch HD 2.5 D curved glass display. They will be powered by octa-core Qualcomm Snapdragon 430 processor. Xperia R1 will come with 2GB RAM and 16GB internal memory and Xperia R1 Plus will sport 3GB RAM along with 32GB storage. In terms of software, both the phones will run Android 7.1 Nougat out of the box with plans for an upgrade to Android 8.0.

Both phones offer dual-SIM 4G VoLTE connectivity support along with 3.5mm audio jack, FM radio, Wi-Fi, Bluetooth 4.2 and USB Type-C port as connectivity options. The phones will be powered by a 2620 mAh non-removable battery. Both phones come in two colours variants, the Black and Silver.