Sony expected to report high profits from image sensors; plans to use them for robotics and autonomous cars

Sony forecasts that operating profit in 2017 through March will more than double to 630 billion yen ($5.6 billion) compared to 2016.

Sony Corp is poised to report its highest-ever profit this year on strong sales of image sensors after years of losing ground in consumer electronics and hopes to develop the technology for use in robotics and self-driving cars as competition heats up. 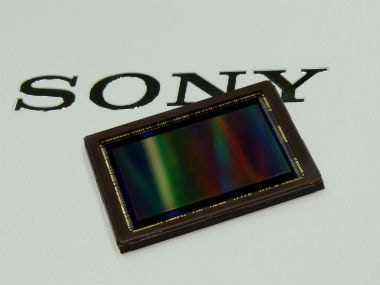 The results will mark a significant turnaround for the conglomerate, once famed for leading the world in consumer gadgets such as its Walkman music player, but now finding a new focus on image sensors and gaming.

Sony forecasts that operating profit in the year through March will more than double to 630 billion yen ($5.6 billion) compared with the year earlier and expects the chips division, most of which is made up of the image sensors business, to be the conglomerate’s biggest growth driver.

Executives say a technological breakthrough in image sensors and seachange in the company’s thinking are behind the success. The breakthrough, creating a sensor that captures more light to produce sharper images, coincided with soaring consumer demand for better smartphone cameras for sharing photos on social media.

The breakthrough, which involved reconfiguring the sensor layout and known as backside illumination, allowed Sony to grab nearly half of the market for image sensors.

“We knew we wouldn’t be able to win if we did what our rivals were doing,” said Teruo Hirayama, technology chief of Sony’s chip business, recalling initial scepticism around the technology that is now used widely.

Japanese names such as Hitachi Ltd, NEC Corp and Fujitsu Ltd, which dominated mainstream chips through the late 1980s, have lost business to Asian rivals such as Samsung Electronics.

Sony’s success “is really a function of having decided a long time ago to focus on that niche within semiconductors,” says Andrew Daniels, a Tokyo-based managing director at Indus Capital, an investment management firm. He declined to say whether his fund owns Sony shares.

“The process technology is very much that kind of ‘takumi-no-waza’,” he said, using a Japanese phrase for the pursuit of manufacturing perfection.

The sensor business was also helped by being an “outsider” within the company. By selling to companies outside Sony, it was insulated from declining sales of the company’s own smartphones and other consumer electronics.

The sensors, for example, were first sold to All Nippon Airways, which used them to broadcast views from the cockpit to passengers.

“Sony used to be obsessed with the idea that its technologies should be kept within the group for use only in its own products,” said Atsushi Osanai, a professor at Waseda University’s business school. “Selling components outside the firm was out of line with Sony’s traditional business model.”

The sensor business also got a boost from a shake-up initiated by Chief Executive Kazuo Hirai, who called for each division to be more independent and profitable on its own.

“It was a great help for us to be told that we should operate independently,” Terushi Shimizu, the chief of Sony’s chip division, said, “rather than just belong to Sony.”

But the company is already bracing for intensifying competition in sensors as rivals, such as Samsung and OmniVision Technologies, step up their game, and is developing new sensor technologies for use in robotics and self-driving cars.

Investors say Sony still has a technological advantage that will take time for others to replicate.

“Sony has been trying to be ahead, but could face a turning point in a year or two,” said Kun Soo Lee, a senior principal analyst with IHS Markit in Tokyo.

It is developing sensor technologies that can quickly measure distances or detect invisible light that are expected to be used in autonomous driving, factory automation and robotics, they said.

“Time-of-flight” sensors, for example, calculate distances by measuring the time it takes for light to reflect from an object and could be used in drones or robotics for gesture and object recognition.

“It’s clear that we are currently dependent on the smartphone market,” Shimizu, the chip business chief said. “The market’s shift to dual-lens cameras from single-lens is good for us, but how long is this going to last as the market is only growing 1 or 2 percent?”