Sony CEO Kenichiro Yoshida said he would focus on making stable profits from existing music, movies and other intellectual properties

Sony's new chief executive is embracing entertainment content, but for now appears to be steering clear of direct competition with tech giants such as Apple Inc and Netflix Inc. 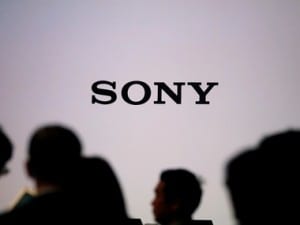 The company last week announced a $2.3 billion deal for EMI Music Publishing, and CEO Kenichiro Yoshida said he would focus on collecting stable profits from existing music, movies and other intellectual property.

The deal made Sony the world’s largest music publisher in an industry that has found new life on the back of streaming services such as Spotify.

But for now, Sony is doing little to step up its game in Hollywood, where it is lagging behind bigger studios and where Apple, Amazon.com and Netflix are battling to become dominant streaming platforms.

“I don’t think we should aim to build platforms of their level or compete with them,” he told reporters last week. “A key pillar of our strategy is, how can we survive, how can we actually shift the turf.”

His strategy is good news for longtime investors, who have watched Sony extract itself from loss-making projects in the past few years. In 2017, Sony wrote nearly $1 billion off the value of its movie business.

Trying to find safer ground to fight on is an extension of Yoshida’s numbers-focused approach. As a former chief financial officer, he is credited with turning around the consumer electronics giant using cost cuts and a focus on seemingly bland but highly profitable sensors.

Sony also recently took a 39 percent stake in Peanuts Holdings, of Snoopy fame, for $185 million. In movies and TV, the company wants to further leverage film rights to its old franchises rather than investing in new star-studded movies and TV shows.

Examples would fall along the lines of last year’s “Jumanji: Welcome to the Jungle,” which unexpectedly grossed more than $900 million. The studio plans to release another film based on the 1995 classic “Jumanji” in late 2019.

Yoshida has said that rather than trying to make all of Sony’s divisions complement each other, it was important for each to be profitable on its own.

Investors have also speculated that he may be less averse to the idea of putting the movie studio up for sale than his predecessor, Kazuo Hirai, who fought off activist shareholder Daniel Loeb’s recommendation to partially spin off the entertainment division.

Yoshida has not suggested a sale, but he made no secret that Sony’s new emphasis on intellectual property favours music over movies.

Consumers listen to songs more than once but don’t often watch the same movie twice. Similarly, they demand larger song libraries while being satisfied with just a few shows on a platform such as Netflix, he said.

One decision he may have to make is what to do with the company’s struggling internet TV service PlayStation Vue, which is struggling to gain subscribers after launching in the United States in 2015.

With the exception of the PlayStation video game console, Sony has had little success at offering an entertainment platform since losing out to Apple’s iPod and iTunes music store a decade ago.

Sony’s Hollywood studio, which lags behind Buena Vista, 20th Century Fox and Warner Bros, could become an even smaller player ahead thanks to the rapid rise of Netflix as a content provider.

“The movie industry requires scale to some extent, so perhaps it isn’t absolutely necessary for Sony to remain independent there,” said Atsushi Osanai, a former Sony official who is now a professor at Japan’s Waseda University Business School.

Anthony Vinciquerra, CEO of Sony Pictures Entertainment, said the company was happy to sit out the current round of mergers.

“In the longer term, as these companies begin to consolidate and form their ecosystems, we will be developing alliances somewhere along the way. We don’t know with whom yet, because we don’t know what the landscape is going to look like. But we are very confident,” he told investors last week.