Priced at $229, it comes equipped with motion and proximity sensors, and support for Google Assistant

Sony is the latest audio manufacturer to launch its own truly wireless earbud in the form of the WF-1000XM3. Priced at $229, it has the same features as seen on the WH-1000XM3, the company’s over-the-ear flagship headphone. The Sony WF-1000XM3 features active noise cancellation with the help of dual microphones placed on each earbud. It picks up more ambient noise from all kinds of surroundings. There’s a dedicated noise-cancelling QN1e processor onboard that removes most of the ambient noise without using too much power.

Instead of relaying sound via Bluetooth from one earpiece to another, the WF-1000XM3 can receive sound to each earpiece simultaneously from a device. With a better antenna design, Sony claims that the signal strength is maintained throughout.

It comes with a handy charging case that snaps into place because of the magnetic interiors. The case can be charged with a USB-C charging cable.

The truly wireless earbuds offer up to six hours of continuous listening on a full charge. It’s charging case will allow users to charge them three times, essentially giving users up to 24 hours of listening. This is the case when noise-cancellation is turned on. When it’s turned off, users can expect up to 32 hours of playback. It also comes with quick charging that gives users up to 90 minutes of playback after charging for only 10 minutes. 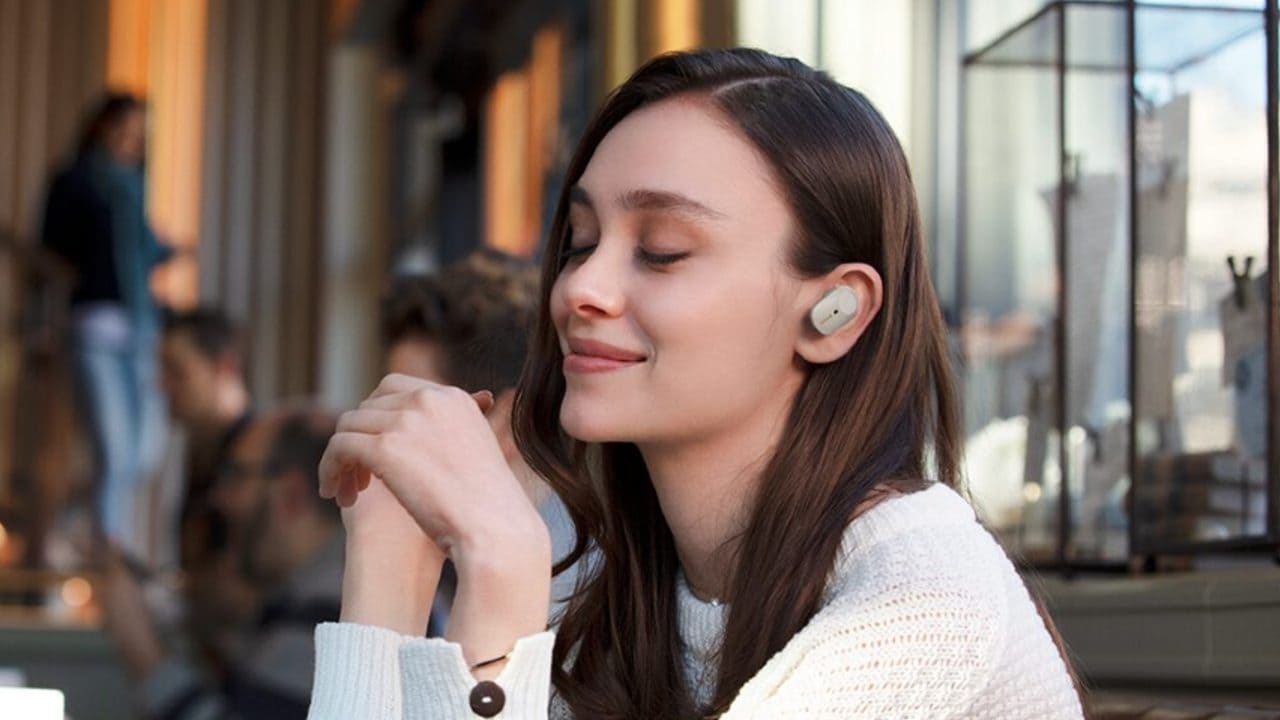 Apart from that, there are several control features packed into the WF-1000XM3. To allow ambient noise to enter your ear while you’re wearing then, touching the earbuds will turn down the volume. This is Sony's Quick Attention mode, pointed out by Tom's Guide. Motion sensors will be able to detect whether you’re travelling, walking on simply sitting so that it can adjust the ambient noise accordingly. This can be further adjusted by the Headphones Connect app.

With the help of proximity sensors, the earbuds will pause when they are removed from the ear and start playing again when they are put back in. Touch playback control is also present as well as Google Assistant support. In the package, users also get options of two types of ear tips in three sizes for each.

The Sony WF-1000XM3 will be going up against the second generation of Apple Airpods and the Sennheiser Momentum True Wireless. We don’t have any information on its India launch or pricing yet.