The song “Protect all Life - The Signs of the Times” is written by Jun Inoue using an AI-powered programme.

Few aspects of life escape the touch of high tech in cutting-edge Japan, including an official song written to welcome Pope Francis when he visits Japan from Saturday.

Written by Jun Inoue, the song, “Protect all Life - The Signs of the Times”, is based on the theme of the pope’s Japan visit and was partly composed using an artificial intelligence (AI)-powered programme Inoue created that can write a piece of music in a few seconds.

Inoue, a producer and composer who has written for top brands such as Arashi, and is Catholic, said he agonised overusing the AI programme but finally decided to include it because the history of music and technology were intertwined. 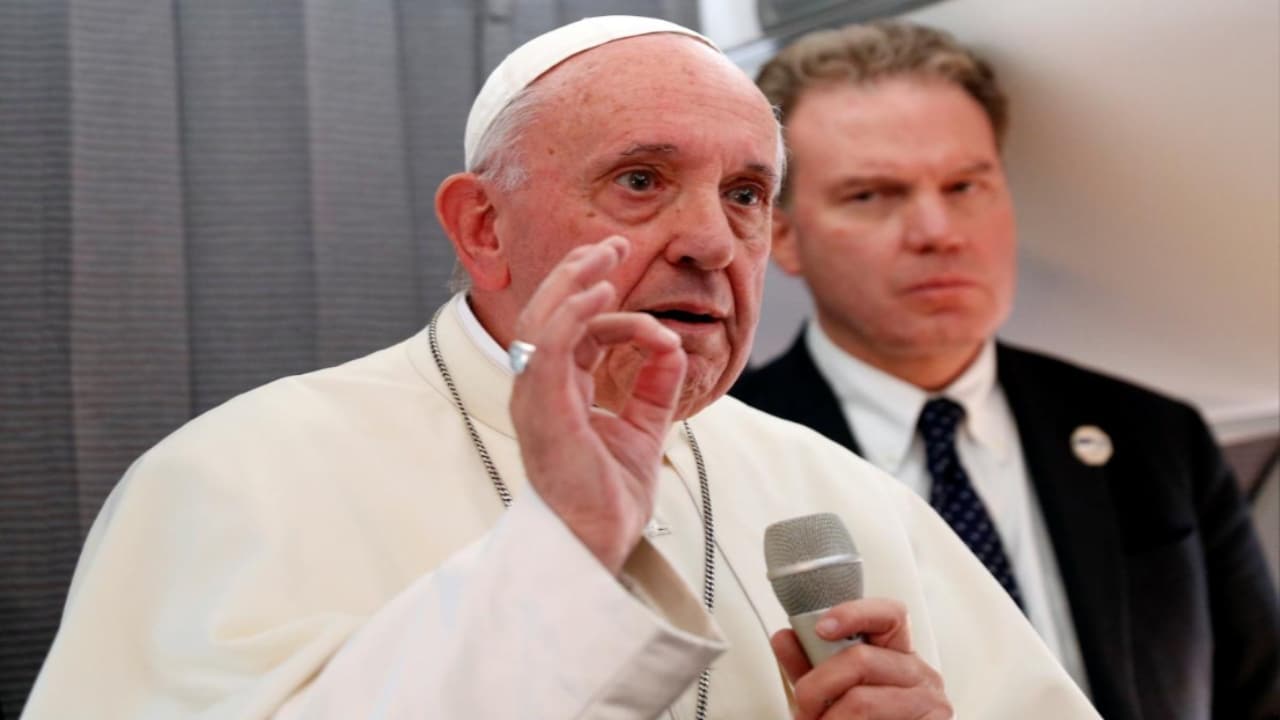 A song based on the Pope Francis' visit to Japan was created using an AI-program.

“I thought I should give everything I had to the song, so I decided to put in all the cutting-edge technology I had,” he told Reuters. He shares composing credit with “Amadeus Code AI”.

The song, which was written at the behest of the Catholic Bishops’ Conference of Japan, will be played at masses in the city of Nagasaki as well as Tokyo and comes in several versions, including instrumental and karaoke.

There are also dance steps and stylised hand gestures that are the Japanese sign language version of the lyrics, with a teaching video posted on the official website for the pope’s visit. Inoue hopes worshippers at the public masses, to be held at stadiums, will sing and dance along with the song.

This is the official music video that's been released to welcome Pope Francis to Japan this weekend. The song that the video features was composed with the help of artificial intelligence https://t.co/ALwS7yNToQ pic.twitter.com/79FNtro2W5

While the footwork is simple, consisting of side-to-side steps in time to the music, the sign language may take a bit more time to master.

“There are a lot of people who live in a world without sound, and I would like them too to understand the meaning of the lyrics and the message,” Inoue said.

Theme songs for papal visits have been composed before. One has been unveiled for Thailand, where Francis will visit before Japan.

His visit from 23-26 November which will also include Hiroshima, is only the second papal visit to Japan and the first since John Paul II 38 years ago.