The Competition Appellate Tribunal has upheld the fair trade regulator Competition Commission's ruling that Microsoft did not abuse its dominant position regarding sale of software licenses.

New Delhi: The CompetitionAppellate Tribunal has upheld the fair trade regulator Competition Commission of India's (CCI) ruling that Microsoft did not abuse its dominant position regarding sale of software licenses.

The Commission's order came on allegations that Microsoft offered software licenses at a lower price to original equipment manufacturers (OEM) while business houses had to buy the same at higher prices from the company.

"There is no question of any denial of market access for the reasons stated by us earlier to the effect that respondent no 1 (Microsoft India) was quite justified in refusing to sell the OEM to the appellant who was not the original equipment manufacturer. In short, we find no controversy of ... for that matter any other provisions of the act," COMPAT has said in the order.

Microsoft was represented by the law firm Amarchand & Mangaldas in the matter. 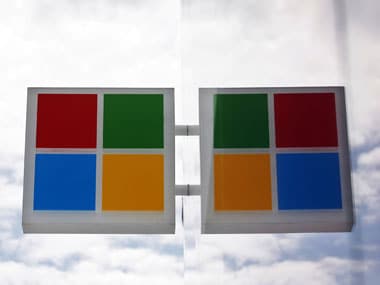 The complainant -- law firm Singhania and Partners LLP -- had alleged that Microsoft, with a market share of 90 percent, was abusing its dominant position. It also alleged that business houses had to buy the overpriced volume licenses.

The Commission's order, dismissing the complaint, had come on 22 June, 2011.

The regulator did not find "prima facie" any substantial material against the claims that differential pricing strategy adopted by Microsoft raises competition issue.

Differing from the majority view, one of the Commission member had opined that Microsoft appeared to have exploited its monopoly in the software market and had asked for a probe by the regulators' Director General.

The tribunal dismissed the petition along with the minority view of the CCI member.

The COMPAT bench, headed by its Chairman Justice V S Sirpurkar, said, "... we must express that we do not agree with the learned member in minority judgement".

It also rejected allegations against Microsoft India that it maintains full control over its various softwares through its licensing policy.