The news comes days after Reliance Jio owner Mukesh Ambani was reported to be selling stakes of the company.

This comes on the back of reports of Saudi giant Aramco in discussions to buy a 25 per cent stake in Reliance Industries' refining and petrochemical business for USD 10-15 billion.

"Softbank has long been seen as a potential investor in Jio," JPMorgan said in a research report. "For the past 2 years, our conversations with investors have highlighted expectations of Softbank investing in Jio and hence the news flow is not surprising."

It was reported that SoftBank's Vision fund is currently undertaking due diligence to buy a stake in Jio Infocomm, which in September 2016 launched pure play fourth-generation or 4G technology-based telecom services and within a span of two years have become India's third-largest telecom company with highest monthly subscriber additions. 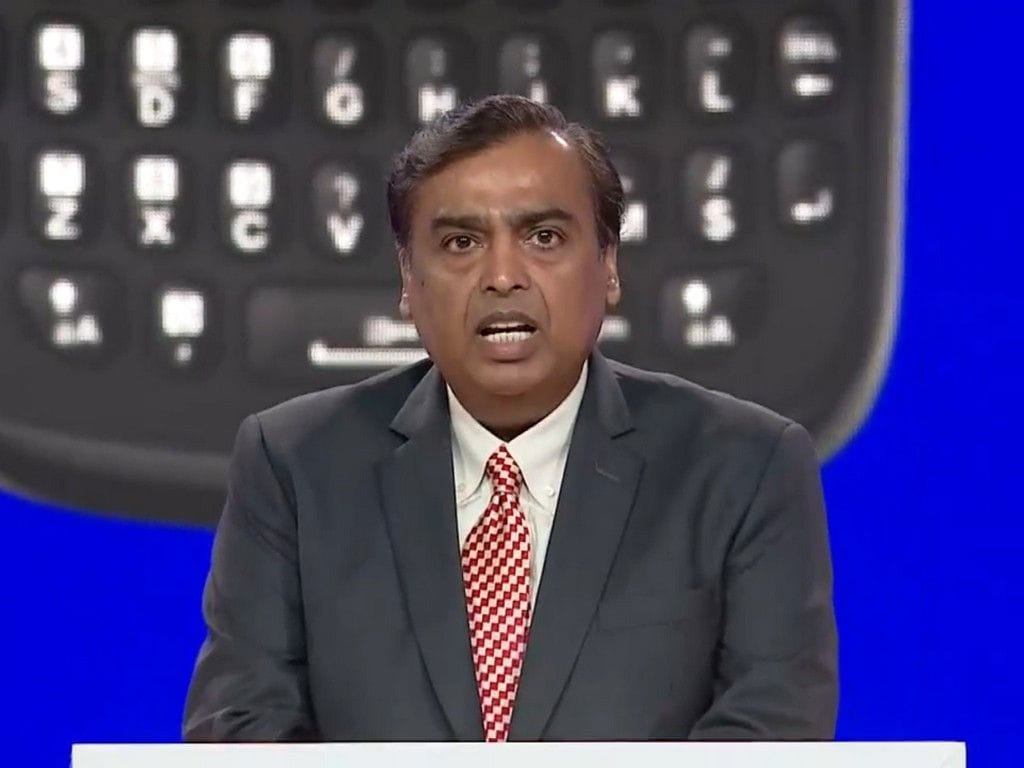 Mukesh Ambani at Reliance AGM in 2018.

Both Reliance and SoftBank spokespersons declined to comment on the matter.

"In our view, for a meaningful de-leveraging, investors would likely want to see an equity inflow of more than USD 5 billion from a single investor or a combination of investors," JPMorgan said valuing Jio at USD 50 billion.

"A potentially smaller equity sale, which although would establish a larger equity value of Jio, would not be seen as a meaningful positive, in our view," it said. "We also need to see what the potential stake sale would involve. More importantly, from a stock price perspective, we believe the potential investment would have to be an equity investment in Jio and not in the proposed InviT as that would be a quasi-debt investment."

As of now, Jio is the carriage and content vehicle, while Reliance Retail is the offline retailer. It remains to be seen where the eventual commerce would sit - Jio or Retail, and whether it would be part of any Jio equity stake.

"Overall, we maintain our view that while the earnings environment for the company is deteriorating with downside risks to refining and petchem (petrochemical), stock multiples would keep on moving higher on expectations of potentially large stake sales on higher than current implied equity values for the various businesses," JPMorgan said.

In a separate report, HSBC Global Research said RIL's consolidated adjusted net debt has declined to USD 33.2 billion in the fourth quarter of 2018-19 that ended on March 31, from USD 42.7 billion in the third quarter. 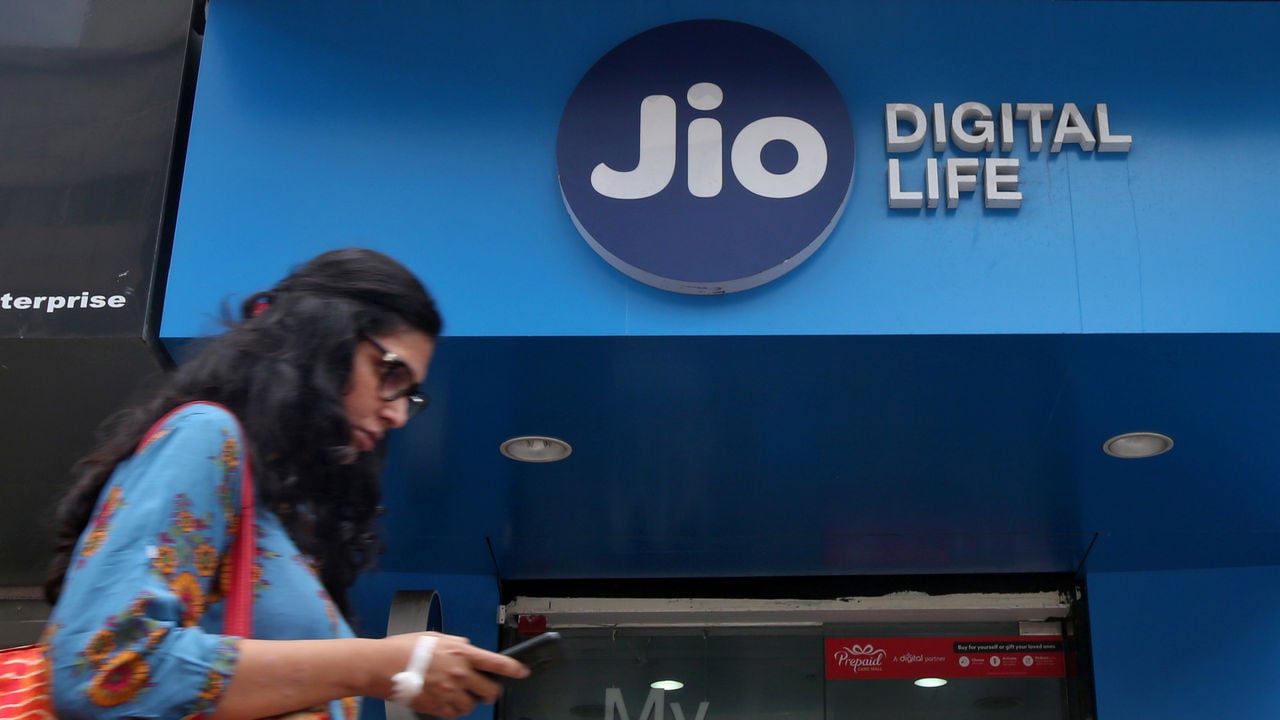 A woman checks her mobile phone as she walks past a mobile store of Reliance Industries' Jio telecoms unit, in Mumbai, India, July 11, 2017. REUTERS/Shailesh Andrade - RC1E582C9B50

This was a result of the restructuring of the telecom operations (Jio) by transferring control of its key assets - fibre and towers - to two separate infrastructure trusts (InvITs) along with Rs 70,000 crore (USD 10 billion) of external liabilities and part of RIL's investments of Rs 36,600 crore (USD 5 billion).

"RIL will monetise these investments once external investors bring capital into the InvITs in the coming months. Jio as an anchor tenant will pay rentals for using these assets. In addition, RIL expects a business case beyond Jio's usage as other telecom operators and customers can also lease these assets and can participate in any such upside after the trusts service liabilities of Rs 1,07,000 crore," HSBC said.

It said investors will initially likely regard this restructuring as mainly a financing transaction to offload debt from RIL's balance sheet, considering there is limited clarity on payments by Jio as well as any revenue upside from other customers.

"We think deleveraging will remain a key theme, with more asset sales likely," it said. "Strong earnings momentum, emerging signs of a strong outlook for both the telecom and retail businesses which extend beyond this decade."

Jio has transferred its 70,000 route km of fibre and 17,500 built and underdevelopment towers into two separate subsidiaries - one for the towers and one for the fiber assets.

Control of these subsidiaries is transferred to two separate infrastructure trusts (InvIT) which will be managed by an independent party.

RIL expects certain external investors to bring in capital into these trusts which will be further dropped down into two subsidiaries to refinance liabilities as well as pay for part of its investments into these assets, HSBC said.

Rupee struggles under peer pressure, but India's rich are richer