The robot has been used in Frankfurt airport as a multi-lingual concierge.

Furhat tilts his or her head, smiles, exudes empathy and warmth, and encourages us to open up.

The robot, a three-dimensional bust with a projection of a human-like face, aims to build on our new-found ease talking to voice assistants like Siri and Alexa, by persuading us to interact with it as if it were a person, picking up on our cues to strike up a rapport.

Yet precisely because it isn’t human, and is, therefore, free from bias, the robot can spur people to engage more honestly, its creator says, making it useful in situations such as screening for health risks where people often lie. 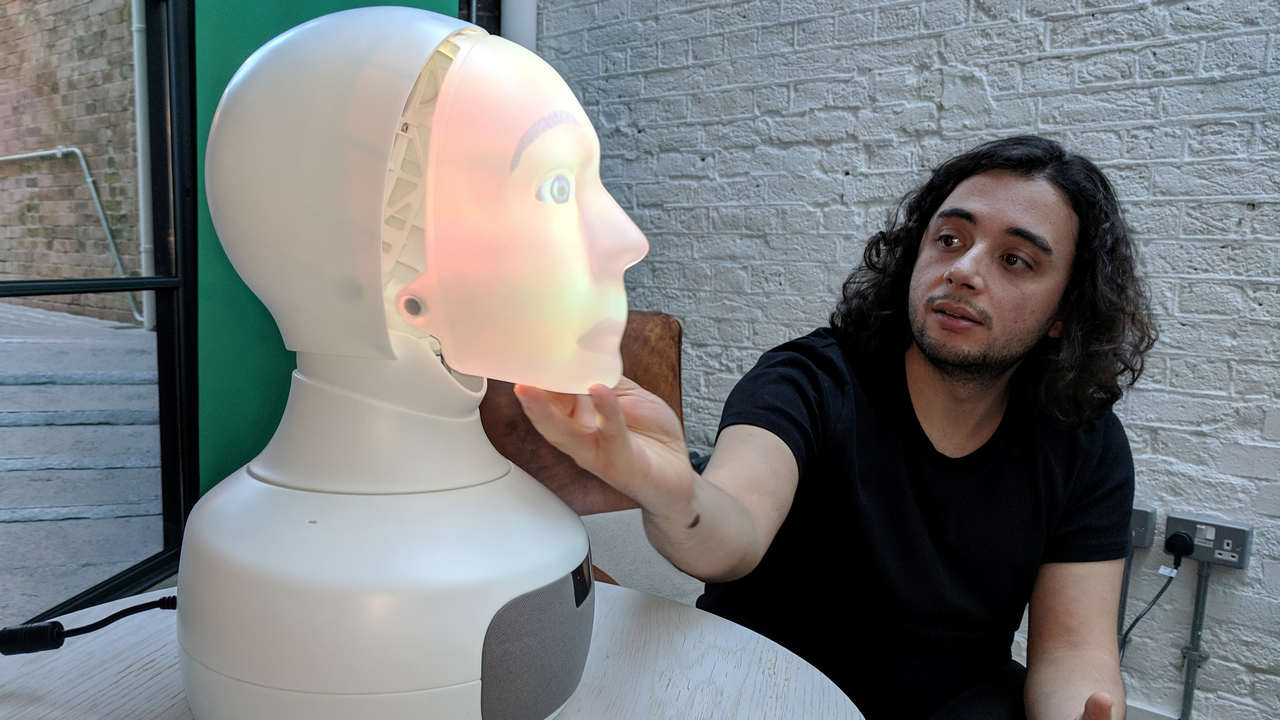 Furhat, the social robot with a back-projected face that can change its personality and talk to people, is shown at a demonstration of the technology in London, Britain November 19, 2018. Image: Reuters

“We’ve seen research that shows that in certain situations people are more comfortable opening up and talking about difficult issues with a robot than with a human,” said Samer Al Moubayed, chief executive of Furhat Robotics.

That’s because a robot’s personality can mirror the personality of the person interacting with it and because people don’t feel judged, he added.

The robot has been used in Frankfurt airport as a multi-lingual concierge, helping travellers find their way, but also for customer services training — simulating irate shoppers for example.

Science and technology firm Merck and Furhat Robotics on 28 November unveiled a robot in Stockholm which will ask people about their health and lifestyle and screen them for risk of diabetes, alcoholism and hypothyroidism. If necessary, the robot will advise them to go for a blood test or to a doctor.

“Every robot needs a different personality depending on the job it’s going to do,” said Moubayed.

Furhat can be male or female, old or young, wisecracking or serious.

“One of the barriers that robots have had ... is the issue with expressivity — being able to move like us, (with) very smooth, very expressive facial movements, eye movements, head movements,” said Moubayed.