In a study titled 'Social media and suicide: A public health perspective' the organisation mentions that social media has the power to influence individuals in both a positive and a negative way.

Users on social network sites share plenty on content with one another every month. Facebook users alone share about 30 billion pieces of content. And this is just one social media network among the many others. There are other means by which the internet lets individuals connect to other people and brands, like chat rooms, blogging websites, video sites, forums and even rudimentary forms like email, text messaging and video chats. So it is easy to say that there's little one can do to escape the clutches of social media. 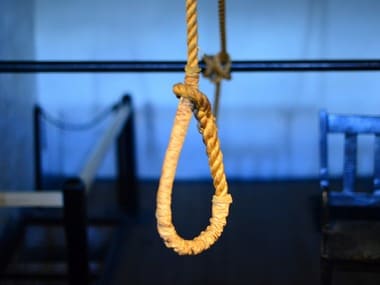 According to the American Public Health Association (APHA), a recent study points out how social media can influence suicide-related behaviour. In a study titled 'Social media and suicide: A public health perspective' the organisation mentions that social media has the power to influence individuals in both a positive and a negative way.

With social media now becoming the centre of all information online, it also gets easy for an individual or brand to influence the multitude of people who latch on to these networks not just as a means of communication, but also as a source of opinions, ideas and information. With this, it is also easy to conclude that people can go astray if they happen to pick up the wrong bits.

With the recent Blue Whale Challenge making headlines across the globe, it is easy to conclude that social media does in more ways than one influence suicidal behaviour. The American Public Health Association in its study took a closer look to examine the role of social media in suicide-related behaviour from a public health perspective.

While there is plenty of evidence to prove that social media can influence pro-suicide behaviour, the reason for the same as cited by the APHA, is because the internet is open. "the Internet eliminates geographic barriers to communication between people, the emergence of pro-suicide social media sites may present a new risk to vulnerable people who might otherwise not have been exposed to these potential hazards." said the study.

But there is a positive side to social media as well, as this works wonders when it comes to suicide prevention. According to the study, social networks let users will similar experience connect with one another, which helps in increasing the awareness of prevention programs. This works in its favour as it helps the propagation of the existence of such programs at a local level, thanks to sharing.

Type down "I want to die" on Google Search and you will now get results with hotline numbers to get support and counselling. It is a combined effort indeed and there are plenty groups that even work towards reporting and eliminating pro-suicide groups on social media.

In the end, the American Public Health Association study points to the need for more research into the extent of social media's negative and positive influences. There are difficulties when conducting such research. Hopefully, social media itself will come to the rescue with all the data needed to study the degree of influence.