Snapchat's head of content Nick Bell said that the company was not helping to drive a stake into the heart of traditional broadcasters.

Photo-sharing platform Snapchat is likely to move into scripted content through its Shows platform by the end of year. 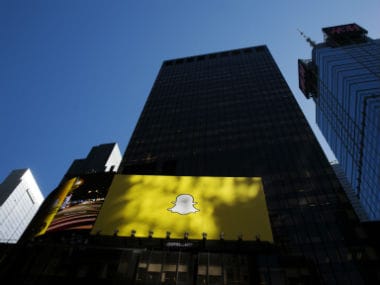 A report in the Variety on 23 August quoted Snapchat's head of content Nick Bell as saying that the company was not helping to drive a stake into the heart of traditional broadcasters.

"Instead, it can help bolster them," Bell said. He added that mobile was the most complementary thing to TV that has been around. He clarified that Snapchat was not a "TV killer."

"We're really capturing the audience who are not probably consuming TV at the same rate and pace of engagement that they once were," Bell was quoted as saying.

According to Bell, the Snapchat Show offshoot to "The Voice" helped boost the NBC programme's viewer numbers. He claimed that his goal was to turn a smartphone into "the remote control for your TV consumption."

"The scripted fare will conform to Snapchat's view that long-form content isn't suited to mobile, which Bell sees as fundamentally a new medium. The optimum length for Snapchat videos remains three to five minutes," the report explained.

Currently, Snapchat is relying on its partners to finance video content rather than commissioning on its own. "We're still in early stages, and that certainly bodes well for the future," Bell said.

"Beyond complementing television, Snapchat could also fit into the movie ecosystem, particularly with regard to studio tentpoles and franchises," he added. Earlier in June, Snap and cable television company Time Warner announced to produce shows for the social media platform as part of a two-year deal valued at $100 million.

Aiming to connect with young audiences who consume data on-the-go, Snapchat in July launched headline news show "Stay Tuned" that are broadcast twice a day. The broadcast features four or five segments focused on the top national and international stories of the day.

Tokyo Olympics 2020: US broadcaster NBC's Olympics viewership gets off to rough start