The most-active contract exhibited the volatility that has become bitcoin’s hallmark, surging 20 percent at one point to trigger a five-minute trading halt.

The generally smooth launch of bitcoin futures on Cboe Global Markets could pave the way for other cryptocurrency-related products like options and ETFs, the head of the exchange operator said in an interview on Monday. 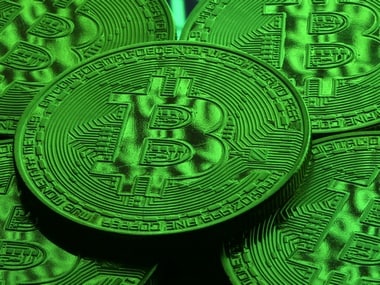 It may take U.S. regulators a bit longer to warm to the idea of a proliferation of products and securities related to digital currencies, but Cboe Chief Executive Ed Tilly said this weekend’s debut should support progress toward that.

“We will be building confidence in the coming months, and stay tuned, there are more to come,” he said. Chicago-based Cboe operates markets in options, futures, equities and currencies.

The most-active contract exhibited the volatility that has become bitcoin’s hallmark, surging 20 percent at one point to trigger a five-minute trading halt.

“We saw pretty volatile overnight markets, a lot of price moves, but everything worked as it should,” Tilly said.

Cboe was the first U.S.-based, traditional exchange to offer bitcoin futures, and its widely anticipated launch on Sunday evening was seen as a litmus test for more mainstream adoption of the digital asset.

By early afternoon on Monday, nearly 3,700 contracts had traded hands, with nearly 20 trading firms participating. Most of the activity was concentrated in the January, or front-month, contract XBTF8.

“Just about all of the participants who had shown us readiness late last week and even into this weekend, showed up,” Tilly said.

The SEC has denied or tabled all bitcoin ETF proposals so far, but proponents think a successful debut of futures could breathe new life into the plans. Cboe plans to wait until there have been a couple of settlements on the one-month futures contracts before it moves forward with any new crypto-derivative products, said Tilly.

Those could include options on futures contracts and on ETFs, Tilly said. Cboe has also appealed a ruling by the SEC that blocked a Cboe-listed bitcoin ETF proposed by the Gemini bitcoin exchange, which Cboe uses for the final settlement price of its bitcoin futures contracts.

Bitcoin is the largest of the hundreds of crypto-currencies that have flooded the over-the-counter market in recent years, and as demand for other digital coins rises, futures on those coins will follow, Tilly said. “I do see other currencies going forward.”

Let's Do it Again

Bitcoin has almost tripled in value in the past month and is up around 15-fold this year. That volatility had some worried about how Cboe’s bitcoin futures would trade.

Just after the opening tick of $15,000 at 6 p.m. Eastern time on Sunday, the price of the contract surged 10 percent higher. Cboe had the option of halting trading at that point, but allowed it to continue because trading was orderly, Tilly said.

“Markets came back in line and we reopened in an orderly fashion,” said Tilly. “We could not have been more pleased with the way that played out last night.”

Also around the time trading started, Cboe’s website, which is not connected to the company’s trading engine, briefly went down. Tilly said the outage was the result of traffic that was around six times more than the site receives on an average weekday.

Never has a new product launch at Cboe exceeded the level of interest and anticipation around bitcoin futures, he said. “It’s just been so exciting for us to bring this to market. I told the team last night, I said, ‘let’s do this every Sunday! This is a ton of fun.'”