Official reports indicate that Hassan “probably died from smoke inhalation” and not from shrapnel.

Nazrin Hassan, CEO of investment firm Cradle Fund passed away on 15 June when one of his phones exploded while charging.

While some details are still hazy pending a full investigation, it’s been reported that one of Hassan’s two phones was directly responsible for his death. Hassan was using two phones, a BlackBerry and a Huawei device, one of which exploded while charging in his bedroom, setting fire to his mattress. The exact model numbers of the devices are unknown at this time, and given the damage, we don’t yet know which of the phones exploded.

As per a report in The Malaysian Insight, Hassan’s brother-in-law claims that shrapnel from the exploding phone hit Hassan, causing “blunt trauma”, killing him.

Official reports, however, indicate that Hassan “probably died from smoke inhalation” and not from shrapnel. According to Police, he also had burn marks on his body.

Hassan’s brother-in-law is quoted as saying, “He had two phones, one Blackberry and a Huawei. We don't know which one exploded. Who would have thought such an innocuous routine procedure is the reason three young kids will grow up without their father by their side.”

While it’s impossible to predict a smartphone battery explosion, a few safety precautions can save lives. The most obvious precaution is to avoid using third-party chargers with your phones. Third-party chargers are not always safely designed or compatible with every phone. Variations in voltage and current can cause a battery to overheat and explode.

Cradle Fund is a Malaysian investment firm that works with Malaysian entrepreneurs and start-up. 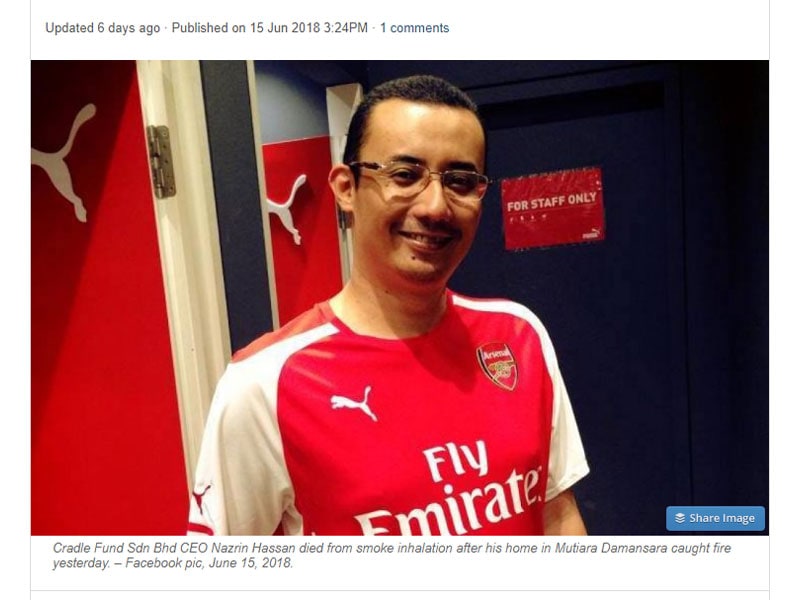 Explained: What was the Uphaar cinema tragedy, which inspired Netflix series ‘Trial by Fire’?