Skype has a feature that lets you share your desktop screen via Skype with others. The Microsoft-owned company is now extending this feature to the iOS and Android mobile applications as well.

Microsoft has announced that this feature will be available on the latest Skype Insider build, identified with version number 8.43.76.38. It can be found under the "..." menu on the mobile application. You have to be a Skype beta tester to be able to test this feature. There is no clarity as to how soon the feature would be introduced on public applications.

This feature lets businesses give users the ability to share PowerPoint presentations or edit documents together. You can also use it to "share your swipes on dating apps" or "do some online shopping with your bestie."

Competing apps such as Cisco WebEx and GoTo Meeting already support the screen-sharing feature on their mobile applications. 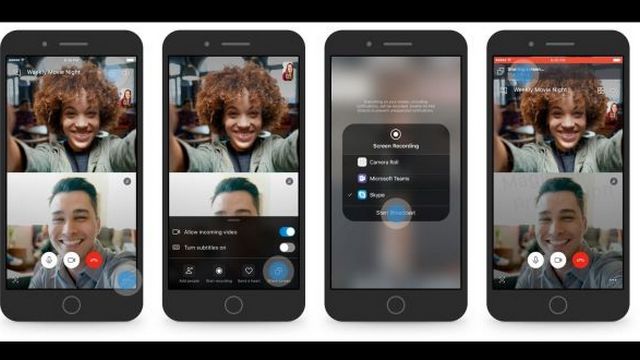 The latest 50-person video chat feature was beta tested for less than a month before rolling out to the official application. If you feel some family members or co-workers are likely to miss the notification, then you can choose individual members to ring. Alternatively, if there are less than 25 participants, you can ring the entire group.