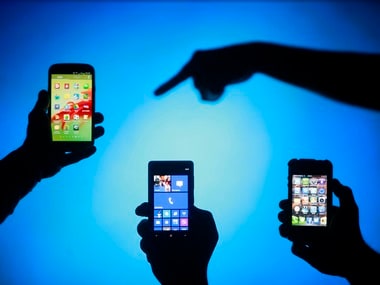 "The total shipments of feature phones were 164 million. Which leads to total mobile phone shipments to 288 million units in the calendar year 2017," IDC India senior market analyst Jaipal Singh said in a statement.

In 2016, around 109 million smartphones and 140 million feature phones were shipped to India.

However, it lost leadership position to Chinese smartphone firm Xiaomi in smartphone category during October to December 2017.

The Indian smartphone market grew by about 14 percent annual growth with a total shipment of 124 million units in 2017, making it the fastest growing market amongst the top 20 smartphone markets globally, as per the IDC Quarterly Mobile Phone Tracker report.

Xiaomi tripled its shipments year-over-year and sold more than 2 million units from its offline channel, the report said. It led the smartphone market in the fourth quarter of 2017 with 26.8 percent share.

Feature phone segment witnessed highest ever shipment at 56 million units during a quarter on account of JioPhones, the report said.

"Indian telecom operator Reliance Jio shipped huge shipments of 4G enabled feature phones taking the leadership position on its maiden quarter in this category.This resulted in a total of 164 million feature phone shipments in 2017 from 140 million a year ago. In the fourth quarter of 2017, vendors shipped a total of 56 million units...making it the highest- ever shipments in a single quarter," the report said.

JioPhone led the market in the fourth quarter of 2017 with 24.1 percent market share. It was followed by Samsung with 14.5 percent share, iTel brand owner Transsion with 9.7 percent, Micromax 8.7 percent and Lava with 6.5 percent share, as per the report