The emoticons were screen grabs of "Twenty Two", a documentary about 22 comfort women.

A Shanghai tech firm was fined for making emoticons based on "comfort women", police said on Monday. 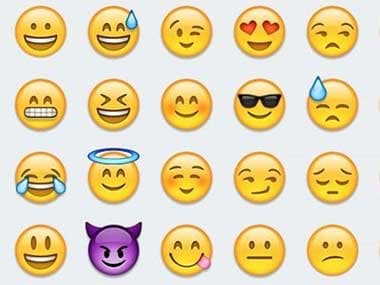 Shanghai Siyanhui Technology Co., Ltd. was fined 15,000 yuan ($2,255) and ordered to suspend operations for two months for making the emoticons which appeared on the internet on August 18, reports Xinhua news agency. The emoticons were screen grabs of "Twenty Two", a documentary about 22 comfort women, a euphemism used for girls and women forced into sexual slavery by the Japanese during World War II.

Some 400,000 women across Asia were forced to be comfort women for the Japanese army during the war, nearly half of them Chinese, according to the Research Centre for Comfort Women at the Shanghai Normal University. Only 14 comfort women are still alive on the Chinese mainland.

On social media platforms like Facebook, WhatsApp, or Instagram, emojis and emoticons have replaced non-verbal cues like facial movements, voice pitch and other gestures to clarify a message, a study has found. More than 90 percent of online population uses emojis and emoticons into their texts and emails.

Researchers from the Edge Hill University in Britain found that emojis and emoticons are now being used frequently as visual aids to clarify and understand a message. "We mostly use emojis like gestures, as a way of enhancing emotional expressions," said Linda Kaye, a cyber psychologist at Edge Hill.