Some have attributes the issue to the May update of the app, which likely broke an element of Gmail integration.

Gmail users who have linked their accounts to the Mail app in Windows 10 have reported facing major issues, including that their sent e-mails are appearing in the Spam folder.

Multiple users have complained of the bug, according to MSPoweruser.com. One person in the Microsoft Community forum said that his sent e-mails disappear and that he couldn't locate them in sent items, outbox, bin, spam, or anywhere else, including Gmail’s web interface.

He added, “It appears that it is automatically deleted and erased from the server.”

MSPoweruser attributes this problem to the May update of the app, which likely broke an element of Gmail integration. 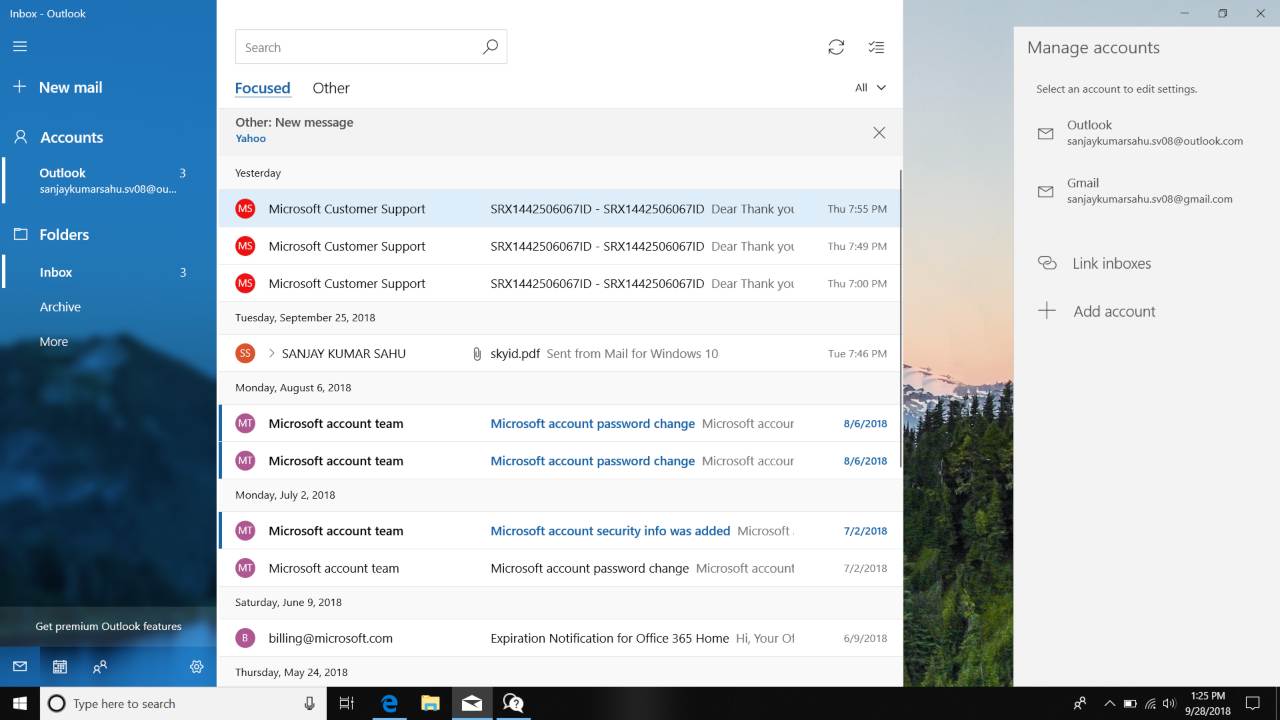 The Windows 10 mail app isn't fixed yet, as of 30 June. Image: Microsoft Community

Microsoft released its latest update for Windows 10 in May, following which, some users also reported issues with the Google Chrome browser, according to 9To5 Google.

They complained that the browser had stopped syncing and reverts to a signed-out state upon a reboot. It was also reported that the issue was also deleting cookies off of the device, making websites treat Chrome browser as a fresh install. As a result of this, the websites was asking users to sign in every time they rebooted their machine.

Some people have suggested a temporary solution to the problem faced by Gmail users. Creating a new filter would prevent emails from being transferred to spam folder directly, they propose.

To do so, you will have to go to Gmail Settings and click on filters and blocked addresses. Then, you will need to click on create a new filter and put your email address into the 'From' field. Again, click 'create new filter', and on the next page, select 'Never send it to Spam'.