Search the word 'idiot' on Google, and you get image results of Donald Trump 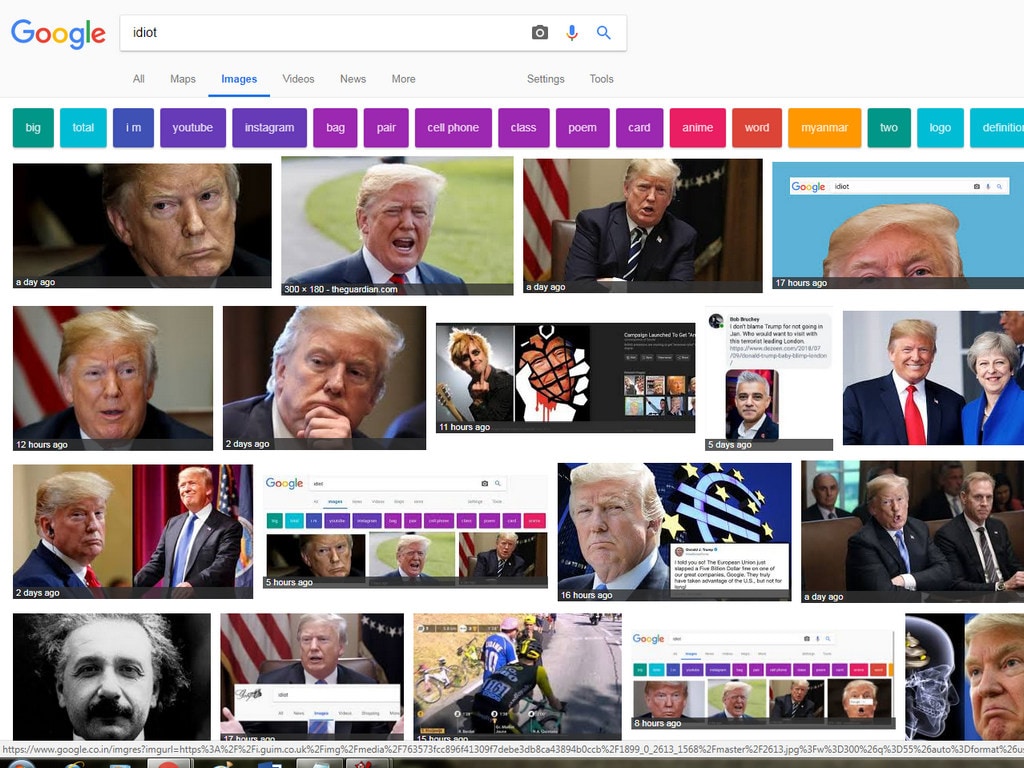 The latest image onslaught is apparently the result of a campaign by online activists who are manipulating Google's algorithm by linking the word to an image of Trump, CNET reported on 19 July.

According to a report in The Guardian this week, the trend began with Reddit users upvoting a post containing a photo of Trump and the word.

The campaign to link the word "idiot" with the US president's images has taken the form of an online protest as it is spearheaded by people who are not happy with Trump's policies.

By helping prioritise information presented in search results, Google's algorithms have played stellar role in the rise of the company, but at times they have also played the spoilsport.

In May, a Google search for the name "Pappu" led to results related to Congress President Rahul Gandhi.

"Feku" and "Pappu" are less-than-flattering names given by the opponents of parties of Modi and Gandhi.

In April, Google showed pictures of Modi if one searched for "India's first Prime Minister" until the glitch was corrected by the global search engine.