The radio frequency waves were tested on animals, it showed that the waves could power devices located 10 cm deep in tissue, from a distance of 1 meter.

Research in the field of ingestible medical implants is booming, but still a major challenge stands, which is to work out how to charge the tiny devices when they are implanted deep within human bodies. 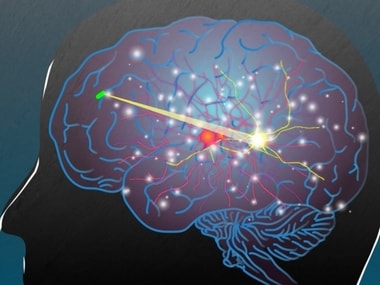 Wireless system can power devices inside the body. Image: MIT

The batteries that have been used to power these implanted devices are large, contain toxic chemicals and need to be replaced from time-to-time.

According to a report in MIT, researchers from MIT, along with scientists from Brigham and Women's Hospital (BWH), have developed a new way to power and communicate with these devices that have been implanted in the human body.

It claims that these implanted devices can be used to deliver drugs, monitor conditions inside the human body, or treat diseases by stimulating the brain with electricity waves.

Fadel Adib, an assistant professor in MIT's Media Lab who is also the senior author of this study says that they have chosen frequencies that are slightly different from each other and they know that each of them would reach their high at the same time, which will make them overcome the energy threshold that's needed to power the device.

According to a report in New Atlas, researchers have been trying to get over the hurdle of passing radio waves through human tissues to reach implantable devices.

The article in MIT states that when the radio frequency waves were tested on animals, it showed that the waves could power devices located 10 centimeters deep in tissue, from a distance of 1 meter. If the sensors are placed close to the skin's surface, the devices can be powered from up to 38 meters away.

It further says that the researchers are currently working on making the power delivery more efficient and to enable power transfer over great distances.

The devices that have been tested for the study are as small as a grain of rice and the researchers expect that it could be made even smaller as there would be no need of a battery anymore.

Giovanni Traverso, an assistant professor at Brigham and Women’s Hospital (BWH), and an author of the paper says that these devices may also help in sensing the condition within the body and also would aid in the delivery of the drug.

The paper is going to be presented at the Association for Computing Machinery Special Interest Group on Data Communication (SIGCOMM) conference in August.