The researchers performed studies in the fruit fly (Drosophila) which has a single copy of the Ataxin-2 gene, in contrast to mammals, which have multiple copies

A team of scientists from India, Ireland, and America have uncovered a novel role of a protein, Ataxin-2, in initiation and progression of neurodegenerative diseases— Amyotrophic Lateral Sclerosis (ALS) and Spinocerebellar Ataxia Type 2 (SCA2). 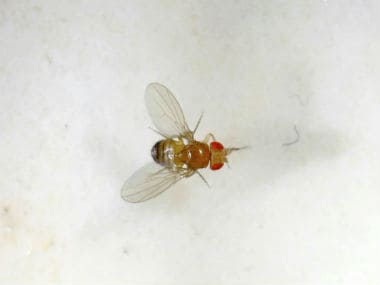 ALS affects nerve cells in the brain and spinal cord, causing muscle weakness. It makes it difficult to perform basic functions like walking, eating, and speaking. Closely related to it is SCA2 that slows down the activity on the part of the brain that controls voluntary activities such as coordination, balance, and speech. Scientists have been engaged in understanding risk factors for onset for such diseases.

The study—led by Baskar Bakthavachalu at National Centre for Biological Sciences (NCBS) in Bangalore—focused on a particular protein domain of Ataxin-2 known as the intrinsically disordered region (IDR) which assists Ataxin-2 in the formation of granules inside neurons. The researchers were interested to know if IDR regions of Ataxin-2— and indirectly, the granules—had any role in promoting neurological dysfunctions.

The researchers performed studies in the fruit fly (Drosophila) which has a single copy of the Ataxin-2 gene, in contrast to mammals, which have multiple copies. A single copy of the gene makes it convenient to study what would be the impact, if it was to be deleted.

It was found that IDR assists granule formation by controlling the stability and strength of Ataxin-2 interactions with other cellular components and results in aggregation. Fruit flies which had Ataxin-2 IDR deleted were fully normal expect being deprived of their ability to form granules. “The main caveat in the field had been non-existence of a system that could discriminate the function of the granule without interfering with the other important functions of Ataxin-2. We overcame this lacuna with genome engineering a fly model where these two described functions were separable,” Baskar explained.

The scientists also took cues from earlier research studies which had demonstrated that reduced Ataxin-2 levels in mice pre-disposed to ALS-like illness slowed down their onset and progression of neurodegeneration. They wondered if reduced neurodegeneration could be attributed to the lack of granule formation or if it was a property of other functions of Ataxin-2.

The team found that the Ataxin-2 IDR-assisted granules facilitate its association with other pathogenic proteins known to endorse neurodegeneration. Thus, deletion of the IDR domain, thereby inhibiting granule formation, was sufficient to prevent neurotoxicity. They also proved that Ataxin-2 contributed to long-term memory in fruit flies via the IDR-granule connection and that Ataxin-2 plays a vital role in the rewiring of the nervous system.

Thus the study has shown that it is the IDR domain of Ataxin-2 that allows development of long-term memory even as it, paradoxically, results in specific forms of neurodegeneration. “One possible explanation is that mechanisms that allow granule fluxes (formation and clearance) under normal scenarios are tilted towards granule accumulation in diseased conditions,” said Baskar.