Ichthyosaurs were a highly successful group of sea-going reptiles that became extinct about 90 million years ago.

Scientists have "re-discovered" the largest specimen of marine reptile Ichthyosaurus on record and found it was pregnant at the time of death. The new specimen is estimated to be between 3 and 3.5 metres long and is an adult female, according to a study published in the journal Acta Palaeontologica Polonica.

Ichthyosaurs were a highly successful group of sea-going reptiles that became extinct about 90 million years ago. Often misidentified as swimming dinosaurs, these reptiles appeared before the first dinosaurs had evolved. 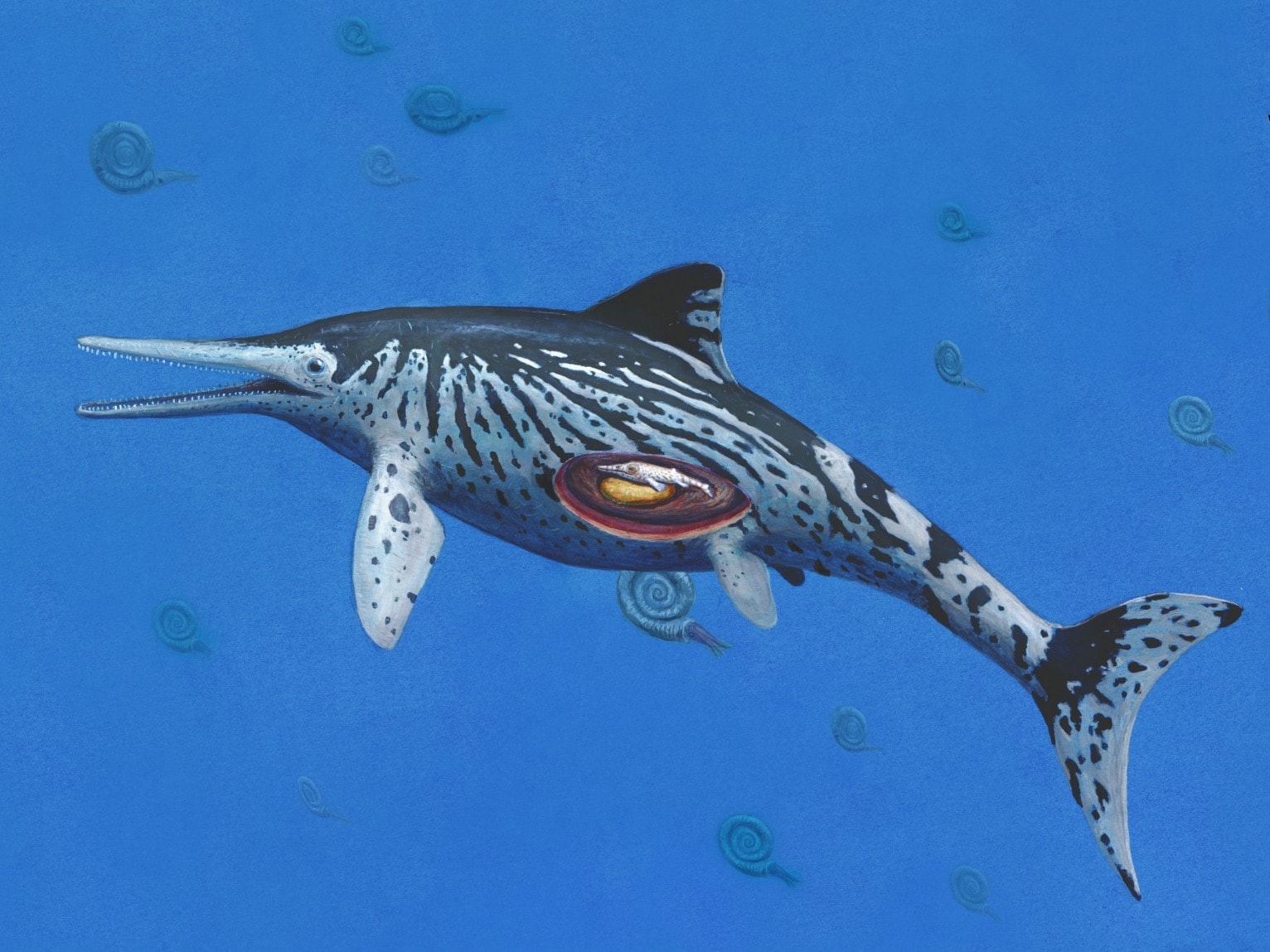 The new specimen was originally discovered on the Somerset coast, during the mid-1990s, and is from the Early Jurassic, roughly 200 million years old. However, the specimen remained unstudied until it wound up in the collections of the Lower Saxony State Museum in Hannover, Germany.

Researchers from Bielefeld Natural History Museum in Germany and University of Manchester in Britain examined the new specimen in early 2017. They identified it as an example of an Ichthyosaurus somersetensis.

"It amazes me that specimens such as this (the biggest) can still be 'rediscovered' in museum collections," said Dean Lomax from University of Manchester.

"You don't necessarily have to go out in the field to make a new discovery. This specimen provides new insights into the size range of the species, but also records only the third example of an Ichthyosaurus known with an embryo. That's special," he added.

The embryo is incomplete and preserves only a portion of the back bone, a forefin, ribs and a few other bones, the researchers said. The bones of the embryo are not fully ossified, meaning that the embryo was still developing.