Copy-paste forgery involves insertion or removal of an object or region into or from a set of video frames which can alter the overall message of the video.

Everyone loves to watch a good video online, but the format is often misused by digital cheats. This is making ‘copy-paste’ forgery a menace. Indian scientists have developed a set of techniques to detect such frauds. 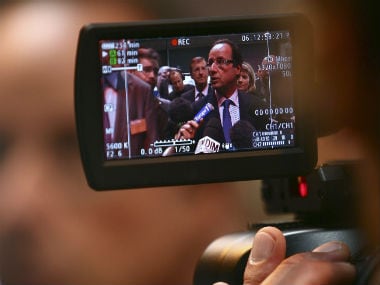 The fraud detection techniques, developed by Raahat Devender Singh and Naveen Aggarwal at University Institute of Engineering and Technology, Panjab University, can help in validation of digital video content by detecting and localizing copy-paste forgeries.

Copy-paste forgery involves insertion or removal of an object or region into or from a set of video frames which can alter the overall message of the video. Digital videos serve as an important source of information and are also considered evidence in criminal investigation, litigation and defense planning. Easily available video editing software are used for copy-paste forgery.

The new techniques involve detecting Sensor Pattern Noise (SPN), interpolation artifacts and clustering of identical pixels to pin down tampered portions in a video. SPN is an improved and forensically stronger version of an existing noise-residue based copy-paste detection.

SPN is the unique uncorrelated noise pattern that every digital recording device introduces in every image or video that it records. "When a video frame undergoes copy-paste forgery, its SPN patterns exhibit certain inconsistencies. They arise due to resultant missing regions or holes in the affected frames which need to be filled-up in a visually plausible manner. By analyzing unnatural similarities or correlations between regions of successive video frames or regions of the same frame, we can detect forgery," explained Raahat Singh while speaking to India Science Wire.

Another technique detects copy-paste fraud by detecting abnormalities in interpolation in video frames. Interpolation is the process in which new pixel values are estimated with the help of known values of surrounding pixels. A video frame obtained using a digital camera without any post-processing exhibits uniform ‘de-mosaicing’ artifacts on every group of pixels.

The third technique uses clustering scheme to detect pixels that are copied and pasted from one frame-region onto another. The techniques have been found to be of high accuracy in test videos.

This work has been published in journal Forensic Science International.