Scientists have designed a soft robotic system with artificial muscles that can assist cardiac function in children who have one-sided heart conditions. 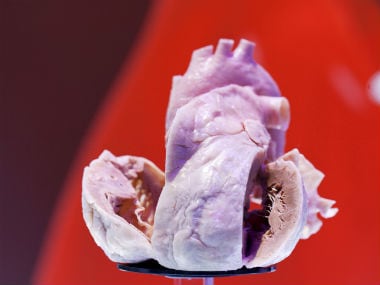 Soft robotic actuators, designed and programmed to perform life-like motions, have recently emerged as an attractive alternative to more rigid components that have conventionally been used in biomedical devices.

Earlier this year, researchers at Boston Children's Hospital in the US had developed a proof-of-concept soft robotic sleeve that supports the function of a failing heart.

However, the researchers recognised that many paediatric heart patients have more one-sided heart conditions.

These patients are not experiencing failure of the entire heart, instead, congenital conditions have caused disease in either the hearts right or left ventricle, but not both.

"We set out to develop new technology that would help one diseased ventricle, when the patient is in isolated left or right heart failure, pull blood into the chamber and then effectively pump it into the circulatory system," said Nikolay Vasilyev, a researcher at Boston Children's.

Researchers including those from Harvard University in the US revealed their soft robotic solution.

Although other existing mechanical pumps can help propel blood through the heart, they are designed so that blood must run through the pump itself, exposing blood to its unnatural surface.

"Running blood through a pump always requires a patient to be placed, permanently, on anticoagulant medication to prevent blood clotting," said Vasilyev.

"It can be very difficult to keep the right balance of medication, especially in paediatric patients, who are therefore at risk of excessive bleeding or dangerous clotting," he said.

Using external actuators to help squeeze blood through the hearts own chamber, researchers designed a system that could theoretically work with minimal use of anticoagulants.

The researchers speculate that the system's effectiveness is due in part to its integration with the septum, which plays a key role in the heart's ability to pump blood.

The system also made a significant improvement in its ability to draw blood into the ventricles, which is just as important as the heart's ability to pump it out.

Based on these initial proof-of-concept results, researchers are working on key design modifications that can bring this system closer to use in humans, such as portability and miniaturisation of the components.

Stanford researchers develop a growing, soft robot that moves like a creeping plant