The IB Ministry is aiming to monitor, collect and analyse data across major social media platforms.

The Supreme Court has agreed to hear a case filed against the government’s proposal of a Social Media Communications Hub- a proposal which, all at once, is reminiscent of Aadhaar, Cambridge Analytica and Snowden revelations of NSA surveillance. In other words, this is the latest privacy nightmare to hit India, before even the first draft of the Data Protection Bill is out, or the Aadhaar issue is resolved. The allegations include, on the one hand, violation of the right to privacy, and, on the other, violation of the right to freedom of speech. 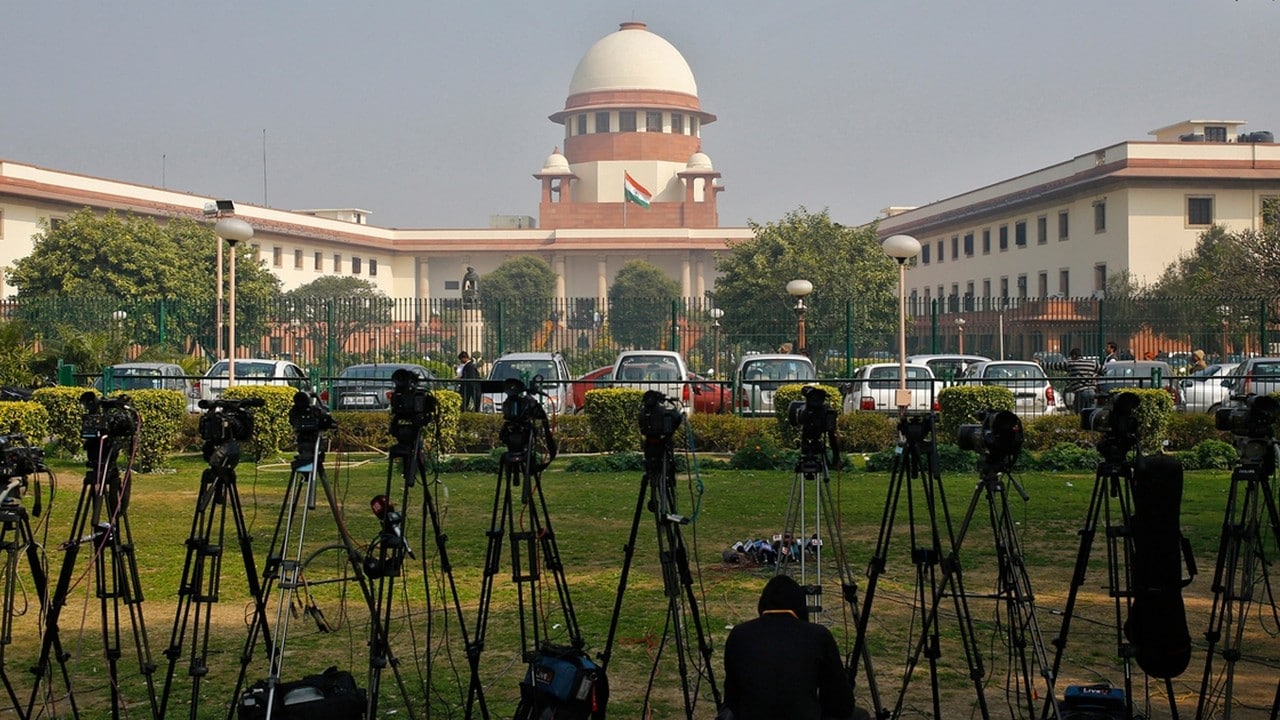 The present case, as per reports, was filed by Trinamool Congress MP Mohua Moitra for an emergency hearing before the Vacation Bench of the Supreme Court, but the Bench directed that the case be heard once the Court reopens. Alternatively, the petitioners are to file the case before a High Court. Previously, the Internet Freedom Foundation sent a legal notice to the Ministry of Information and Broadcasting, asking for the tender put up for the Social Media Communications Hub be withdrawn.

For those unfamiliar with the Social Media Communication Hub (the Hub), this is an initiative of the Ministry of Information and Broadcasting, aiming to monitor, collect and analyse data across all major social media platforms, and combine this with data from e-mails, news sites, blogs and complaint websites. The list of websites, which includes sites like Facebook, YouTube, Instagram, LinkedIN, Google+, etc., along with further details can be found in the tender issued a few months ago (See Page 28 onwards), inviting proposals for the software behind the Hub.

As per this tender, data from all these sources are to be collected and combined to create a 360 degree profile of a person. This includes identifying ‘influencers’ based on follower counts, recording and archiving conversations and messages, and tracking ‘customer’ loyalty and past behavior.

The platform is to have a New Media Command Room, which enables real time monitoring of such platforms and persons, in particular the influencers, customers, competitors and the like (there is no clarity as to who ‘customers’ or ‘competitors’ refers to). The tender specifies that the platform must be able to crawl every major website and the world wide web, for data mining. All this data, further, must be backed by location data and comprehensive metadata.

The profiling in question, is to be automated as well as manual.

Aim is to analyse the impact of governmental initiatives and campaigns

This NSA like surveillance has been proposed, not to tackle terrorism (as is commonly used), nor for the public good (as is argued for Aadhaar), but to enable the I&B Ministry to understand the impact of various social media campaigns conducted on various government schemes. The tool, further, is required to provide inputs on how to improve this campaigning and on how to make a topic trending. While this appears to be the primary aim of the Hub, some points mentioned in the tender indicate that the Hub is also to be used for crisis identification and management and reactive communication strategy. There is no clarity on what is considered to be a crisis here.

For these purposes, the tool is further required to have features, including the analysis of the people’s sentiment towards a particular scheme; tracking of trends, topics and hashtags; monitoring of individual social media accounts as well as messages and tweets; among others. Further, this sentiment as well as context must be identifiable for a range of languages, including local languages like Telugu and Punjabi, and also foreign languages like French, Arabic, Chinese and German. It is clear that the scope of the surveillance to be carried out is not restricted to India. Further features, which are unclear, include the use of ‘customers’ identified through the Hub for targeted advertising.

Next, the Hub is intended to enable ‘predictive analysis’, the details of which make it a concern, especially in the wake of the Cambridge Analytica scandal. The analysis, as per the tender, is to include predictions of headlines and breaking news across various channels across the globe based on the channel’s leaning, business dealings, investors and so on; what would be public perception to such news; and how public perception can be moulded in a ‘positive manner for the country’.

It goes on to require predictions on how nationalistic feelings can be inculcated in the masses, how the perception management of India can be improved and how social media and internet news/ discussion can be given a positive slant for India. The Hub, further, is required to have publishing capabilities, allowing it to disseminate information, indicating the possible use of this dissemination for such purposes of moulding as well. The tender also mentions activities like requiring influencer activation, enabling communication and crisis management, and identifying sentiments based on location.

A new CIDR?- The Private Data Centre and the KMS
Further, the issue of the CIDR and the large scale storage of biometric data is yet to be resolved, yet this tender proposes a new database- a Private Data Centre, to be set up for backing up and archiving all the Hub’s related data and content. A Knowledge Management System is also to be set up, and while it is unclear exactly what this is to store, it is to be used for the creation, capture, management, delivery and archiving of large volumes of document and content, which includes scanned document images, electronic documents and e-mails. The tender also mentions that the Hub must function like a search engine, enabling the search and discovery of information related to, for example, a particular trend.

No meeting of tests laid down in Privacy Judgment

Yet, none of these conditions are met. The proposed Hub, based on information publicly available, has no basis on any law. Further, while no purpose justifies mass surveillance (as has also been pointed out by the Supreme Court itself in the Puttaswamy judgment, as well in the PUCL case on telephone tapping), the purpose suggested for the set up of the Hub, alongwith the scale of privacy invasion, simply cannot justify this project.

Impact on a person’s rights

To give a simple example, the analysis proposed by the Hub will easily include political opinion, an issue considered to be highly sensitive personal data, including in privacy legislations such as the GDPR. Such data will not only be collected and analysed by the government, ‘loyalty’ and ‘behaviour’ of the person will be analysed and recorded, and all of which will be archived and searchable. Moreover, efforts will be directed to modify this person’s opinion, to give it a ‘positive’ or nationalistic slant. A person’s basic right to hold an opinion, express it, change his mind, or to even delete a post is also lost.

The tender, further, far from discussing anonymizing this data, requires identification of people. Consent makes no mention anywhere. To make matters worse, as per the Internet Freedom Foundation, the government has earmarked a budget of 42 crores for this.

Several questions raised on a person’s right to privacy

A project of this scale has major implications, for privacy, and for the freedom of speech. A legal battle against this can easily be expected to go along the same lines as Aadhaar, but hopefully not for as many years as the Aadhaar case. This use brings out several questions, on what uses the government intends to put people’s data to, on whether the data protection law will be able to protect people from such uses, and whether, in the forthcoming age, people will have any control, at all, over their own data. A lot, thus, depends on the decision of the Supreme Court’s decision in the Aadhaar case, and on the Justice Sri Krishna Committee report on Data Protection.